Petrol Price May Be Cut By Rs 1.6 A Litre Later This Month 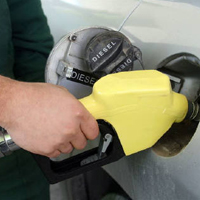 08 November, 2014
Print this article Font size -16+
Petrol price may be cut by about Rs 1.60 per litre later this month as appreciation of rupee against the US dollar has helped state firms make profit on the fuel.
Indian rupee appreciated to five-month high since the government announced allowing foreign direct investment (FDI) in multi-brand retailing. This has eased the cost of imports for oil firms, helping them make profit on sale of petrol.
"Yes, there is about Rs 1.60 per litre profit on petrol since October 1. But we want this trend to stabilise before we think of cutting retail prices," a senior executive at one of the three state-owned fuel retailers said.
Petrol price was last revised on July 24 when it was raised by 70 paise to Rs 68.48 per litre in Delhi. It was last cut on June 3 when rates were reduced by Rs 2.02 per litre.
The current profit is mainly on account of strengthening of rupee -- from Rs 55.58 to a US dollar average in the second half of August to Rs 54.12 last fortnight.
Also, the price of international gasoline, against which the domestic retail prices are benchmarked, have eased from USD 126.11 per barrel to USD 122.31.
Together, these have helped oil firms, which lost about Rs 6,000 crore in revenue on selling petrol below cost this fiscal, make profits.
Rupee has further appreciated to Rs 52.28, which would further give then scope for a price cut.
"We are committed to passing on any gains that we make but all we are wanting to ensure is that this is not a temporary trend which can reverse in near future," the executive said.