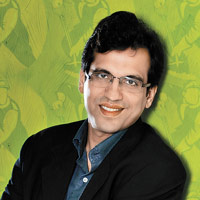 08 November, 2014
Print this article Font size -16+
It will be a while before India starts growing at 9 per cent or even 8 per cent once again, like it did from 2003-08. A 9 per cent growth rate meant a high churn rate in companies, lots of greenfield expansion projects and hundreds of new international companies entering the Indian market. This resulted in 20-30 per cent attrition levels in most companies, high double-digit salary hikes, great perks at the workplace to retain employees and keep them motivated, and massive hiring with companies often maintaining a bench. Almost every sector did well and even companies whose operations were not that efficient made merry as topline growth was healthy.

Things have not been the same since the Lehman crisis. GDP growth has slowed to 6 per cent levels and this has affected creation of new jobs across the board. In fact, entry-level salaries have hardly gone up in the last four to five years despite high inflation. Last year was not a good year for job seekers. This year will be better, but it will be a while before the 2003-08 era comes back.

New Horizons
Infrastructure, retailing, healthcare, Internet, education services and consumer products are the sectors where most new jobs will be created. Given that the Indian economy is likely to grow at only 6.5 per cent this year, most job creations will take place in the new emerging-growth sectors of the economy rather than the traditional sectors. Site engineers, store managers, merchandisers, Web/mobile developers, junior doctors, nurses and paramedics, teachers and high-end IT professionals will, therefore, continue to be in demand. Hiring in IT services will stay slow given that the global economy, especially Europe, may also take a while to recover. Industries like media, auto, banking and financial services, insurance, airlines and telecom may have another lacklustre year. Most companies in these sectors may only carry out replacement hiring. Recruitment firms that had a terrible 2012 will start recovering, albeit slowly.

Follow The Leader
Market leaders will grow faster than the competition and continue hiring. Even though many sectors will have an ordinary year, leading companies in every sector will continue to grow and do well. A 9 per cent GDP growth was like a rising tide that lifted all boats, and almost every company in corporate India did really well from 2003-08 as a result. Today, the fight is for market share. Cash-rich companies that continue to invest in a slow economy will start pulling away from competition. Even in slow-growing sectors like IT services, telecom, banking and insurance, leaders will grow faster than others and continue to hire and expand, while many others stagnate.

Tightened Purse Strings
Salary increases will be lower than last year in the slow-growing sectors. Variable pay will increase. Companies will want to link pay to performance.  At the same time, companies will take the best possible recourse to ensure that top performers are retained. This means that companies will start differentiating more and cut down increments for average performers. As a result, average performers may not even get double-digit hikes on a fixed salary — not a happy situation to be in given high inflation. Companies will be selective while promoting people, and attrition rates are expected to remain low in the first half and pick up towards the year-end. Companies may be forced to look at salaries again mid-year if the economy starts gathering momentum.

Campus Chronicles
Campus hiring should improve this year. Most big companies hire from campuses towards the end of the calendar year to replace the people lost during the year and in anticipation of future growth. In 2012, campus hiring other than from top campuses was weak. Since we expect 2014 to be better than 2013, we hope campus hiring will start to recover this year. Reputed campuses will find it easier to place students. Many tier-3 campuses will find it difficult to fill seats and may shut down. Engineering colleges will see more jobs on offer from infrastructure, construction and engineering firms, and not just from IT services firms — as it used to be in the past. Many civil and mechanical engineers will take up jobs in their area of specialisation and not just in IT programming. There will be an upswing in the trend to hire non-engineering graduates from government and private university campuses and from campuses offering specialised courses.

Bonanza For Specialists
Specialists with niche skills that are in high demand (analytics, mobile application development, digital marketing, cloud computing, visual merchandising, etc.) will find it easier to switch jobs and get decent jumps in salary when they do so. Even skilled blue-collar workers (crane operators, refrigeration mechanics, service technicians, etc.) continue to be in short supply and will see an appreciation in salaries.

Things will be different for professionals with general skills (sales, HR, finance, customer service, etc.), who will not be able to get huge salary jumps when they switch jobs. Strong companies and good start-ups will find it easier to fill the positions that they found difficult to in boom times. People who lose jobs, especially at middle and senior levels, may take a lot longer than earlier to get another.

On the whole,  2013 will be a mixed year for hiring. If GDP growth gathers momentum, the rupee starts to stabilise and interest rates and inflation start falling as the year progresses, then the second half of the year will be a lot better than the first, and by 2014, people will be in danger of getting hired even if they are seen outside a company’s office.

The author is managing director and CEO of Info Edge (India), which owns the job portal Naukri.com