Pepsi Vs Coke: Of Exits And Elevations 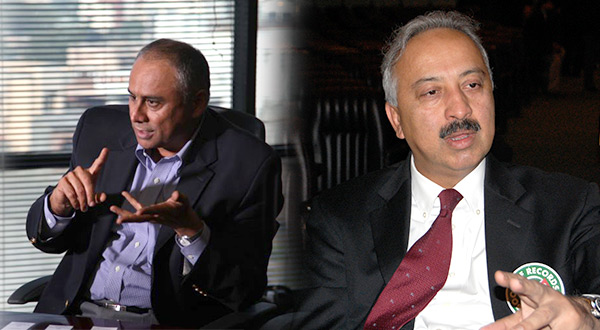 08 November, 2014
Print this article Font size -16+
The mood couldn’t be more contrasting at the offices of the two cola giants India in Gurgaon yesterday (20 June). While Coca-Cola’s colourful office was bubbling with energy after the elevation of its go-getting India president and CEO Atul Singh as head of the Pacific group, at rival Pepsi, employees were reeling in shock over the news pouring in of the exit of their India president Manu Anand.

While Pepsi chose not to comment on the exit only saying that Manu Anand was leaving to join another company, there are conjectures in FMCG corridors that a series of misadventures -- the IPL association (Pepsi invested Rs 160 crore in sponsoring the controversy plagued T20 league alone against a total spend of close to Rs 175 crore last year without adequate returns), the lukewarm response to its new launch Atom, and the falling marketshare in India (Nielsen figures show its snacks portfolio losing share to regional players) -- had a role to play in the India president leaving the company.

While Pepsi bid Rs 400 crore for a five-year franchise of the IPL, the No. 2 two bidder was Bharti Airtel at Rs 320 crore. Industry officials point out that Pepsi had miscalculated the value of the IPL property.

Thum(b)s Up
On the other hand, it was the opposite story at Coca-Cola. Atul Singh, who came in to take charge when Coke was plumbing its depths in India, with the pesticide controversy raging, was seen as instrumental in turning around things here. And this was right after he had effected a similar turnaround in China. His elevation to a role, where he will be handling a geography that contributes 18 per cent to Coke’s worldwide revenues is seen as a big thumbs up by the global leadership on his performance.

“He has turned around two large markets – India and China, delivered 27 consecutive quarters of growth – it’s a recognition of these achievements,” informs a Coke insider. One of the immediate tasks before Singh, who will continue to be based out of Gurgaon, is to ensure that growth picks up in China, where the performance has not been up to company expectations. Although the per capita consumption of carbonated drinks in China is three times that of India.

The Rs 14,000-crore soft drinks market in India is dominated by Thums Up (a Coca-Cola brand). The Rs 5,000 crore juices market, where Coca-Cola has been making a big push recently with its Minute Maid and other brands, has seen Maaza (again a Coke brand) spurting up to grab 36 per cent market share. And growth has been clipping along at double digit figures -– so there’s a sense of satisfaction evident at Gurgaon's Enkay Towers. Venkatesh Kini, currently senior vice president, operations, India, has stepped into Atul Singh’s shoes and will look after India and South West Asia henceforth. He will continue to report to Singh.

Meanwhile, Pepsi which has been focusing more on (some say ‘almost distracted by’) its foods division in India than the core beverages (which yields 60 per cent of its revenues) has seen market share in both Kurkure and Lays slipping (a 2-3 per cent dip was reported last year). Regional players that have come up with me-too snack products are challenging Pepsico's snacks play.

So, is Manu Anand's exit a performance issue? The FMCG industry that has been affected by the slowdown, rising input costs, has certainly become a competitive playground with great store set on holding on to marketshares. Also, remember Pepsico has been plagued by other exits recently – notably Varun Berry, who headed the foods division and who has gone on to now heading Britannia, in turn, leading to a change in role for the high profile Vinita Bali. Many see deeper meanings in Bali’s shift and the reorganisation of leadership at Britannia. Pepsi also lost Sandeep Singh Arora, executive VP (marketing) for Colas and Geetu Verma, who was VP innovations.

However, industry observers caution against forcefitting a pattern to these changes taking places. “Sometimes these are isolated cases brewing within organisations – and I would caution against weaving a narrative to these at this stage although it's tempting to say slowdown demands higher performances,” says Santosh Desai, MD and CEO at Futurebrands and a social commentator.