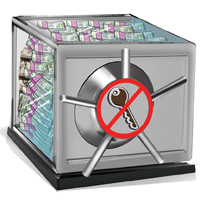 
Of the dividend payers, multinationals have been among the top. In the first quartile of 110 firms, 17 per cent (19 companies) of the companies were multinational companies which, on an average, witnessed a dividend payout of 52 per cent. Among this league, GlaxoSmithKline Pharmaceuticals was the highest, paying 88.5 per cent of its profits as dividend. Berger Paints was the lowest dividend payer among the 19 MNCs, shelling out 30 per cent of its profits as dividend to shareholders. Last year, the highest dividend paid was by Hero MotoCorp — at 108.8 per cent. There are two reasons for the higher dividend: one, exit of Honda from Hero MotoCorp; two, the split in the family saw money get redistributed. Hero MotoCorp had been the cash cow for all other businesses.

Learn From Brazil
Though one would like to feel companies have rewarded investors, the fact is retail investors have no say in the functioning of the company. In the list of over 1,500 companies that have a revenue of Rs 100 crore, only 20 have shared 40 per cent of their profits as dividends to shareholders in the five years till 2011. These 20 companies have given a dividend yield of over 1.5 per cent every year for the past five years compared to 1.5 per cent by the BSE 500 index. Unlike the US where shareholders of Apple Inc have forced the company to pay its first dividend after 17 years for non-use of reserves, promoters in Indian firms declare dividends on a whim.

Manish Bhandari, managing partner and CEO at Vallum, feels the government should make it compulsory for firms to pay dividend. "It can solve governance issues and bring out, to a great extent, the true picture of a company's financial health," he says and wonders, "How can a company (Bhushan Steel) justify a dividend payout of 1 per cent on a EPS of Rs 47 (profit of Rs 1,000 crore)?" Bhandari who feels it is time Indian firms follow the Brazilian practice of paying a compulsory 25-30 per cent dividend. Apart from Brazil, other Latin American nations such as Chile, Venezuela and Columbia have made it mandatory to pay dividends to shareholders. Compulsory payout of profits was brought into effect to ensure that accounting profits are aligned with the cash generation by the company. "In hindsight, compulsory dividend payout of 25-30 per cent would have avoided the Satyam debacle," says Bhandari.

On their part, companies cite dividend distribution tax as a hurdle to large dividends. The government could opt for Allowance of Corporate Equity (ACE), a tax allowance to corporates. Agrees Bhandari, "Though the government may have to lose revenues, they cannot be myopic. An effective use of ACE combined with compulsory dividend can see money as well as domestic investors coming back into the equity market." He feels the flow of money from institutional investors will also take care of the concerns of raising money for investing in the business. Adds Bhandari, "High-growth companies have not declared regular dividends to conserve capital, but a study conducted in Brazil has suggested that these payouts had no impact on the long-term reinvestment capabilities of the firm."

The Vallum study says if a tax allowance was given to corporates on their earning of FY11, the dividend payout increased from 23 per cent to 30 per cent. The tax allowance was fixed at 5.5 per cent (based on the previous year's G-Sec rates) and applied on the total net worth of the 440 firms. Though it entailed a small outflow of Rs 3,460 crore for corporates, it more than compensated with 40 per cent more cash in the hands of shareholders, promoters included.