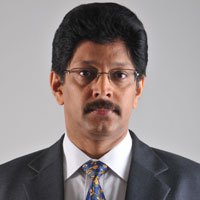 08 November, 2014
Print this article Font size -16+
Nobody likes taxes. If possible, everyone wants to have some reduction, concession or at least simplification of compliance processes. It’s this time of the year that such expectations soars sky high coupled with the feeling of fear of the unknown.

Different sectors and industries have already approached the government with their wish list. Budget 2012 brought about several changes in Indirect Taxes, with some of these changes being highly appreciated by the industry. The annual Budget 2013 is being tabled at a time when the government is reeling under the fear of deficit between revenue estimation of last Budget and actual revenue collected.

The circular no. 967/01/2013 dated 1 January 2013, issued by the finance ministry demonstrates the frustration of the revenue authorities caused by the fear of deficit. It instructs the field formations to start recovery proceedings even when the stay petition is not heard by the appellate authorities within 30 to 60 days of filing appeal. While the Central tax laws has no provision for a time bound disposal of stay petitions filed against the demands, the failure of the revenue authorities who is responsible to pass an order, is good enough reason to start recovery proceedings against the assessee. In this Budget, the industry expects that the government is generous enough to insert a provision which makes it mandatory for the adjudicating authority to pass an order on pending stay petitions within a defined time period.

By now, the industry is familiar with the occasional ‘bolt from the blue’ phenomenon, arising out of impact of the judicial pronouncements from the apex court. One of such judgement is the Fiat India case, where the Supreme Court judgement had an impact of unsettling the settled legal principals. The Supreme Court said that a discount given to an unrelated buyer, at the time of clearance goods from the factory cannot be allowed as deduction from the assessable value, since there is an indirect consideration flows back to the seller in the form of increased market share.

If this legal position is strictly followed by the revenue, all discounts so far allowed as a deduction from assessable value will also has to be disallowed, because such discount will cause an indirect benefit of increased market share to manufacturer’s giving discounts. The impact of this decision, will for sure, be volcanic enough to unsettle the Indian businesses and companies can be saddled with demands on the last 5 years turnover, running in to thousands of crores.

The industry expects that the government, act with maturity to amend the excise law; neutralise this negative impact of this judgement.

Budget 2012 brought a paradigm shift in the Service Tax Law by introduction of the negative list regime. Post the shift, the service industry has certain expectation from Budget 2013. Partial reverse charge scheme should be reviewed and withdrawn as part payment by service recipient has increased compliance burden on the service recipient, besides increasing the lock up of Cenvat credit. Further, transaction between a branch outside India and head office in India is treated as import of service but the converse is not treated as exports. The said anomaly shall be addressed to restore confidence of the taxpayers about the fairness of the law.

It is anticipated that abatement allowed from Maximum Retail Price be increased since no change has been made last year despite increase in Excise Duty rate. Further, in cases where additional excise duty becomes payable in future when price escalation is determined, it results in additional interest liability. Suitable amendments are expected to be made to clarify that interest is not payable in such cases.

The government is taking various steps to increase the investment in R&D. To boost these efforts, input services, capital goods / raw materials used in R&D centre of manufacturing companies should be treated as eligible for claiming Cenvat credit even if the R&D centre is located outside the factory premises. Suitable amendments in this regard shall be made in the coming budget.

Further, service Industry shall be encouraged to increase its share of export. The Served from India (‘SFI’) scrip which is given to the service exporters as an incentive, come with so many restrictions, that most of the cases it remain unutilised and lapsed, as the service Industry do not have much imports to utilise the SFI Scrip. The transfer of this scrip is limited to group companies and definition of the group company, is so restricted that in most cases the group company also cannot utilise the same. Hence, the SFI scrip shall be allowed to be used for payment of Service Tax and also shall be made freely transferable like Duty Entitlement Passbook (‘DEPB’) scheme. If a similar benefit such as DEPB is allowed to be transferred to a third party by the exporter of goods, why would a service exporter be denied of this benefit?

Last but not the least it is expected that a clear roadmap for the implementation of Goods and Services Tax will be announced in the Budget 2013.