Paper Tiger On The Prowl 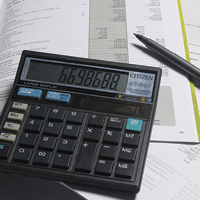 The stalling of Serious Fraud Investigation Office (SFIO) inquiry into siphoning of money by Satyam Computers mirrors a handicap that dogs India's investigating agencies — the absence of power to prosecute.

Although Corporate Affairs Minister Salman Khurshid has shown interest in strengthening the SFIO, that proposal is still on paper. Ever since its inception in 2003 in the wake of the Ketan Parekh scam, the SFIO has been demanding more powers, so have the income tax department, the Sebi (Securities and Exchange board of India) and the Vigilance Commission. As of now, only the CBI (the Central Bureau of Investigation) can prosecute.

Law ministry officials, who did not wish to be named, say there is a plan to have a "national prosecution bureau" for investigating agencies that do not have the authority to prosecute. In the light of the latest development, this idea could be renewed and reframed.

CIT Group Inc., a major US-based lender to smallscale businesses, filed for Chapter 11 protection on 1 November, to reduce $10 billion of debt following a failed debt exchange offer. This is one of the five-largest bankruptcies in US history. It is likely to hit Indian garment exporters as well because a bulk of Indian apparel exports to the US are meant for small vendors.