Mumbai (Maharashtra) [India], December 7 (ANI): Bollywood actor Pankaj Tripathi on Monday unveiled a glamorous poster of his upcoming film 'Shakeela'.
The 'Ludo' star took to Instagram and shared his first look from the film, in which the actor will be seen essaying a South Indian superstar. 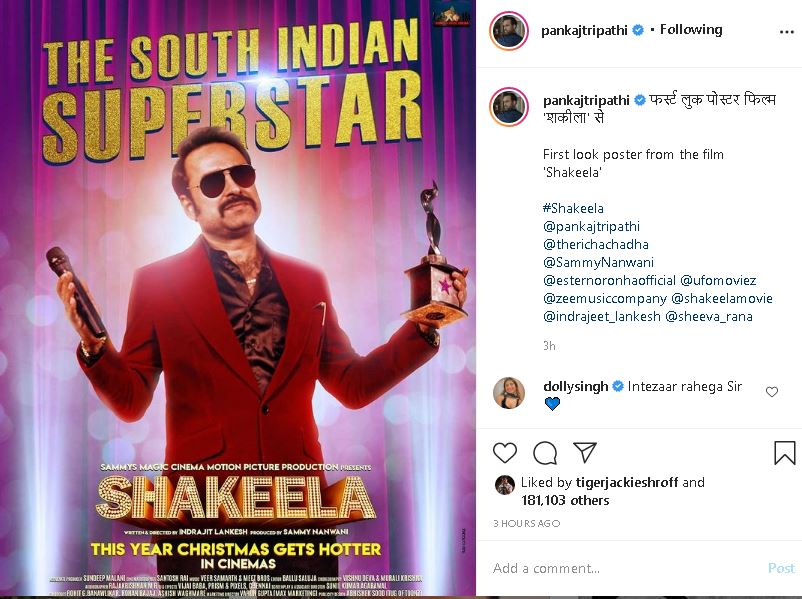 In the intriguing poster, Tripathi is seen dressed in snazzy clothes. The actor plays the part in all its glory. The actor is seen holding a microphone in one hand, while he embraces an award in the other.
Tripathi shared, "I am thrilled that our little labour of love Shakeela is all set to release in theatres this Christmas. I am so excited about the film because I have worked with the very talented friend Richa Chadha in this film."
Sharing about his role in the film, the 'Mirzapur star said, "I have a beautiful part in the film. I play an actor for the first time in my career. I have always wanted to play an actor on screen and bring out the idiosyncrasies of artists on screen. It's an interesting and colourful character."
Featuring Richa Chadha in the lead role, the film is directed by Indrajit Lankesh. In the movie, the 'Fukrey' star will be seen essaying the role of the adult actor who was one of the biggest stars of the 1990s from Kerala and acted in several adult films in languages spanning Tamil, Telugu, Malayalam and Kannada.
'Shakeela' is set to release this Christmas on December 25 across cinemas in India in multiple languages. Produced by Sammy Nanwani and Sahil Nanwani, 'Shakeela' also stars Malayalam actor Rajeev Pillai. (ANI)