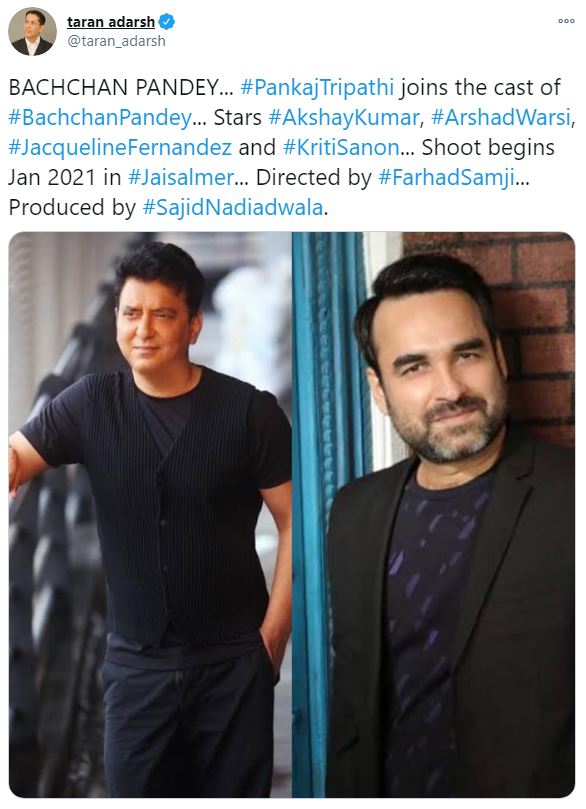 Film critic and movie trade analyst Taran Adarsh took to Twitter on Monday and confirmed the news.
"BACHCHAN PANDEY... #PankajTripathi joins the cast of #BachchanPandey... Stars #AkshayKumar, #ArshadWarsi, #JacquelineFernandez and #KritiSanon...," he tweeted.
"Shoot begins Jan 2021 in #Jaisalmer... Directed by #FarhadSamji... Produced by #SajidNadiadwala."
Directed by Farhad Samji, the film will be reportedly shot in places like Gadisar Lake and Jaisalkot.
Akshay's eponymous character in the film 'Bachchan Pandey' is a gangster who aspires to be an actor, while, Kriti Sanon will essay the role of a journalist, who harbours dreams of becoming a film director.
Arshad Warsi has been roped in to play the role of Bachchan Pandey's friend.
The action-comedy also marks Nadiadwala's 10th collaboration with Akshay. (ANI)