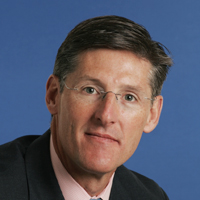 08 November, 2014
Print this article Font size -16+
Citigroup Inc insiders expect new chief executive, Mike Corbat, to promote executives from within the bank rather than hire from outside, which could mean his having to fill as many as four senior posts in the next several weeks. Corbat, who became CEO on 16 October following the sudden departure of Vikram Pandit and Chief Operating Officer John Havens, has spent nearly 30 years at Citigroup and its predecessors.

On 17 October, he set up interim reporting lines for his executive ranks, naming Bill Mills, the current CEO for the North America region, to take on extra responsibilities as the temporary CEO for Europe, Middle East and Africa (EMEA), according to an internal memo seen by Reuters. Corbat held the top EMEA job before being promoted. Corbat has said he will take the next several weeks to review the reporting structure, but names of potential candidates in what could be a round of reshuffling atop the third largest US bank are already beginning to surface among insiders.

If Corbat decides to rely on people from within the bank, that would be in contrast to Pandit, who filled some of the top roles at the bank with people who had worked with him before at his hedge fund, Old Lane, and Morgan Stanley.  Jim Cowles, who is currently chief operating officer of Citi's EMEA unit, is seen within the bank as a leading contender for Corbat's old job, according to sources at the bank. Another contender, according to these people, is Francesco Vanni d'Archirafi, the head of Citigroup's Global Transaction Services. If d'Archirafi were chosen, Corbat would have to put someone else in charge of that unit, which acts as a big treasury and transactional hub for clients and contributes 25 percent of core business earnings before taxes.

Corbat will also have to decide whether to name a new chief operating officer to replace Havens. If he does, one candidate is James 'Jamie' Forese, who currently runs the bank's securities and trading unit, which contributes 29 percent of core business earnings before taxes, the sources said. Citigroup declined to comment.

Quick Action Needed
Analysts said Corbat will likely have to move fast in filling out the vacancies to end uncertainty at the bank created by the abrupt departures of Pandit and Havens following a clash with the board. Citigroup insiders and analysts expect more departures of people who were seen as close to Pandit.

Putting a stable senior management team in place would be one of the first steps that Corbat would need to take as he tries to improve the company's profits in a tough economic and regulatory environment. Citigroup employs 262,000 people. Corbat has said he expects to set a lasting structure of reporting lines by "very, very early into the New Year." Mike Mayo, bank analyst at CLSA, said investors will give Corbat that much time, but not much more. "The first 100 days is about the limit," he said.

For now, Corbat said in the memo that business and function heads who previously reported to Pandit or Havens will initially report to him. Japan, an exception, will report to Gene McQuade, according to the memo.

In the memo and in a conference call with managing directors earlier on Wednesday, Corbat said he will use budget and strategic reviews over the next several weeks to decide how to organize managers. Corbat said in the call, a recording of which was heard by Reuters, that he does not want to make "one-off decisions" about his appointments. He made that remark in response to a question about when he would name someone to his former post in London, which he had held for 10 months.

System Overhaul
The London job is important to the company's standing as a supplier of banking services around the world. The bank has been pushing to recover market share in Europe while at the same time controlling risks from debt crises there. When Corbat had the job, he divided the EMEA region into four clusters, split by sub-regions, and reinforced some senior investment banking roles, naming James Bardrick and Manuel Falco as corporate and investment banking heads.

Some of the top regional managers or investment bankers could also be contenders for the senior EMEA job, though Citi insiders added that Corbat could prefer to turn to someone he knows from further back, such as former colleagues from Citi Holdings, which Corbat ran for two years.

"It is very important that Michael Corbat has a team that is able to execute well," said analyst Mayo, who wants to see the bank simplify its global operations as well as a unit called Citi Holdings, which is jettisoning businesses and assets. "Citigroup is too reliant on too many individuals. I would like to see the systems better integrated."

Mayo said he was encouraged that Michael O'Neill, the chairman of Citigroup's board of directors, is a champion of Corbat and can guide his decisions. O'Neill, who turns 66 at the end of this month, was an industry leader in the 1990s in rationalizing bank structures to improve shareholder returns when he worked at what was then Bank of America, said Mayo.

O'Neill has also won praise for overhauling Bank of Hawaii as chief executive between 2000 and 2004. "Corbat is joined at the hip with O'Neill" and O'Neill "is a profitability builder," said Gerard Cassidy, analyst at RBC Capital Markets.