New Delhi [India], February 21 (ANI): Prime Minister Narendra Modi inaugurated a meeting of the Bharatiya Janata Party (BJP) national office bearers at the NDMC convention centre in Delhi on Sunday. The meeting will be chaired by BJP President JP Nadda.
The Prime Minister will also address the BJP meet.
A lamp was lighted at the start of the event by Prime Minister Modi and BJP President Nadda. Thereafter 'Vande Mataram' was played at the NDMC convention centre.
A BJP release on Saturday had said the meeting will be held from 10 am to 5 pm. 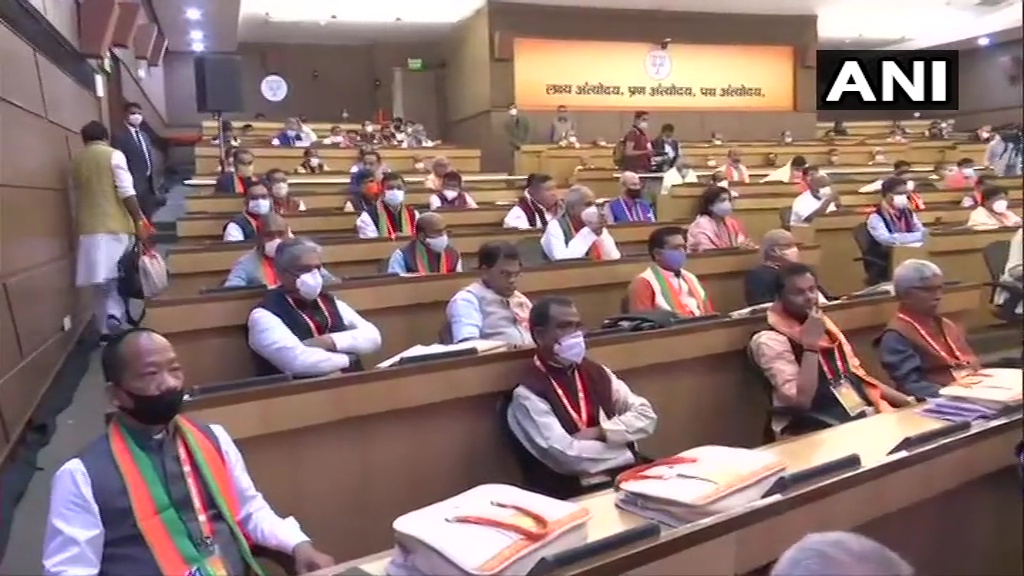