New Delhi [India], November 17 (ANI): With 8,44,382 COVID-19 tests conducted in the last 24 hours, the total number of tests in India now stands at 12,65,42,907, with a cumulative coronavirus positivity rate at 7.01 per cent, said the Ministry of Health and Family Welfare (MoHFW) in a statement.
As many as 29,163 new COVID-19 infections reported in the last 24 hours, which is less than 30,000 cases for the second consecutive day, indicating the wide adoption of COVID appropriate behaviour among the citizens. 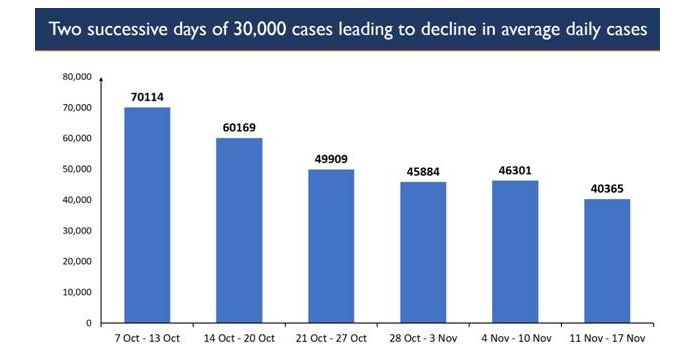 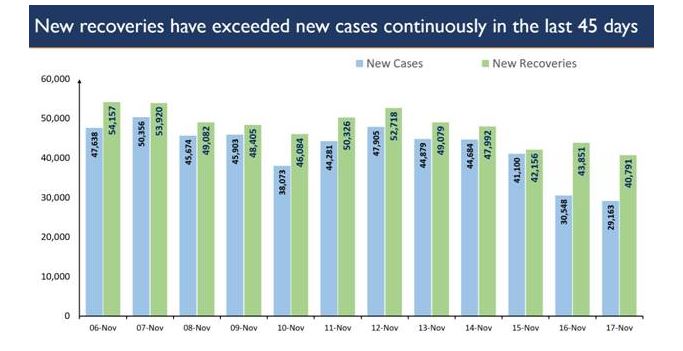 About 72.87 per cent of the recovered cases in the last 24 hours were from ten states/union territories, while 75.14 per cent of the new cases were also from these states and UTs.
Kerala saw the greatest number of recoveries as 6,567 confirmed cases tested negative. West Bengal registered 4,376 daily recoveries while Delhi recorded 3,560.
"78.40 per cent of the 449 new deaths are concentrated in ten States/UTs. More than a fifth, 22.76 per cent of new fatalities reported are from Delhi which reported 99 deaths. Maharashtra reported 60 fatalities, followed by West Bengal (53)," the MoHFW said. (ANI)