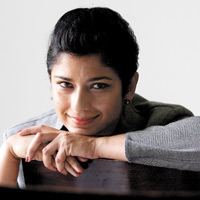 Any other questions you might have on fashion are answered in 500 pages featuring designers, photographers and models who have dominated the past 150 years of fashion in The Fashion Book (Phaidon). The photographs summarise the work of the designer featured. Chanel has Alexander Liberman's 1953 photo of a very determined, gloved and hatted Coco with her trademark string of pearls marching down a tree-lined avenue. My icon Josephine Baker's 1925 photo, unfortunately, does not flatter her flamboyant personality nor is it a tribute to her hairdresser Antoine's skull cap wigs. It's impossible to understand fashion as the book says, "that singular business which lives somewhere between art and commerce", but this dense book is a successful attempt at a glossary of the who's who of the fashion world.

Extraordinary commissions made by Indian royal families from European purveyors of fine goods are the subject of Amin Jaffer's Made For Maharajas (Roli Books). Cartier's biggest client ever was the Maharaja of Patiala. In 1928, he walked into their Paris store with a trunk full of precious stones and left with the Patiala necklace, the world's largest commission with 2,930 diamonds weighing almost 1,000 carats. All of Jaffer's books are painstakingly researched. So here he even shares the design for a tongue scraper made in gold by Van Cleef & Arpels for Maharani Sita Devi of Baroda in 1950. No groundbreaking product design commissions, but extravagant and idiosyncratic, commissions the like of which are not seen anymore. Like the four-poster silver bed that Nawab Muhammad Bahawal Khan Abbasi V of Bahawalpur at 20 years of age secretly commissioned Christofle. It is replete with a moving, winking sculpture of four whisk-carrying naked women, representing Italy, France, Greece and Spain.

The special edition books by Assouline are not just books, they are fabulous objects of art. They weigh kilos and their large size makes the photos outstanding. The Penthouse magazine, designer Tommy Hilfiger and the Ballets Russes have all been honoured with Assouline's special edition. Now it is the turn for the 125-year-old Coca-Cola in Coca Cola, Special Edition (Assouline). Sultry Naomi Campbell on the phone with Coca-Cola can curlers in her hair, Ronald  Reagan sipping Coke at what seems like a state dinner, and other images that have resulted in Coca-Cola always "available at an arm's length of desire".

Next comes Louis Vuitton City Guides. Miami, Mumbai, New York, Paris and Tokyo are just some cities chosen by these nifty little city guide. Now, it is quite posh to pull out this tiny tome from your monogrammed Louis Vuitton tote, isn't it? Or so I thought, except that when I did it in Tokyo, I realised that every other single person on the street was doing the same. The country is rumoured to have over seven million of them (the totes). The guide's first edition was done by the resident Tokyo correspondent of Liberation newspaper, Michel Temann, and as Temann loves to eat, it's the restaurant section that by far beats the rest from the hole-in-the- wall Chinese in Azabu to the Chanel's restaurant Beige.

The Cult Of The Luxury Brand: Inside Asia's Love Affair With Luxury by Radha Chadha and Paul Husband was written after 150 interviews with industry insiders and discusses luxury as a business in Japan, China and India among others. One of the interesting ideas proposed here is the ‘stages of luxury'. According to them, all of Asia went through some sort of subjugation with a fairly miserable life. Japan was rebuilt the fastest and was used as a model, when the economy grew and people had money for the first time. Washing machines and television sets became the new luxury goods for the emerging middle class, while a smaller segment of elite consumers were already well-versed in Hermes and European jewellery. Travel and discovery brought LV and Gucci, and soon every luxury bag was peddled in Tokyo. Normally, you don't stop buying luxury unless there is a financial drop in your earnings. So, Japan was a jackpot for everybody until the economic crisis. Now India is another story. The Indian luxury market is around four times smaller than that of China, and has a presence of just 100-150 brands compared with over 300 in China. The book is a must-read for all those who are part of the world's fastest-growing luxury market, Asia.

Nandan lives in Paris and works in fine fragrances. She is the author of Tokyo Style File, a guide to design destinations