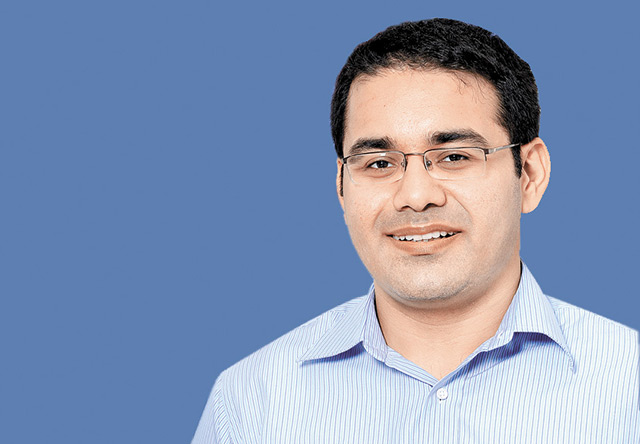 04 May, 2015
Print this article Font size -16+
Maharashtra's Food and Drugs Administration (FDA) on Friday (1 May) said it has ordered filing of FIR against e-commerce major Snapdeal.com's CEO Kunal Bahl and directors of the company in a case related to alleged online sale of medicines, including prescription drugs.
FDA Commissioner Harshadeep Kamble told reporters here that filing of an FIR has been ordered against Bahl as well as directors of Snapdeal.
When contacted, the company spokesperson did not offer any immediate comment.
Last month, FDA had raided the company's premises here in this regard. At that time, Snapdeal had said it was delisting the drugs from its portal and was assisting the regulator in the investigation.
FDA had earlier issued a notice to the company and it was asked to furnish details of the drugs offered for sale, distribution and exhibited for sale on its website Snapdeal.com.
The raid followed FDA receiving information that various medicines, including prescription drugs, were being sold online through Snapdeal.com.
As per the law, only a licensed retailer can sell drugs, and that too on the basis of prescription of a doctor, Kamble said, adding such type of online sale of drugs is not allowed as self medication can be harmful.
FDA has also sent letters to State Drugs Controllers for action against the concerned people in their states, Kamble said.
The contraventions include sale of drug without licence - Sections 18 (c), 18A, rw rules 65 (3), 65(11), 65(17) punishable under Section 27(b)(ii), 27(d) of Drugs and Cosmetics Act, 1940; and Sections 3 and 4 of Drugs and Magic Remedies (Objectionable Advertisements) Act, 1954, the FDA chief said.
A special investigation team was formed to look into the issue of violation by Snapdeal, Kamble added.
The godowns of the company were searched on April 16 and 20, he added.
It was revealed that Jasper Infotech entered into agreements with different dealers of medicines located all over India to supply the medicines offered/exhibited for sale on Snapdeal.com and to collect the sale proceeds by Snapdeal on their behalf, the officer said.
It was found that the e-commerce major displayed and offered for sale about 45 drugs with objectionable claims which contravenes the provisions of Drugs and Magic Remedies (Objectionable Advertisements) Act, 1954.
"Despite written commitment, it was found that Snapdeal continued to offer, exhibit for sale and sale of drugs, namely, I-pill and 'Unwanted 72', emergency contraceptive drugs, through its website," he said.
Kamble said he had asked the FDA team to purchase the drugs online and accordingly drugs I-pill and Unwanted 72 were received on April 24.
"This activity is contravening the provisions of Section 18 (c), 18A of Drugs and Cosmetics Act, 1940 and Sections 3 and 4 of Drugs and Magic Remedies (Objectionable Advertisements) Act, 1954," he said.
"Only a licensed retailer can offer for the sale of Schedule H drugs, and that too only on the basis of prescription of doctor. Such type of online sale of drugs is not allowed as per the Act," the FDA chief said.
The Snapdeal spokeperson said the website acts as an intermediary between sellers and buyers of the products listed on the platform.
"Though we invest significantly in educating sellers on engaging in fair and safe sales on the platform and consequences of selling inappropriate products, at times sellers end up listing such products.
"Upon being notified of any such products, we delist the products and take appropriate action against such seller," the spokesperson said.
(Agencies)
Tags assigned to this article:
internet snapdeal kunal bahl othertop1 maharashtra fda online medicine sale