One Of A Kind: HTC One 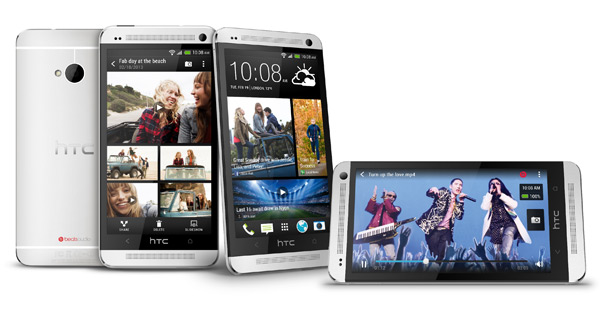 08 November, 2014
Print this article Font size -16+
It's far too easy to typecast Android users as those who don't care much about build quality and design of their phones, and that's perpetuated in large part by the fact that most Android manufacturers continue to sell phones clad in cheap, flimsy plastic…by the truckloads! Well, HTC's making its boldest bet with the superbly crafted all metal One, one that it hopes will revive the flagging fortunes of the smartphone major and place it back into contention in a world dominated by Samsung and Apple.

It has to be said - full marks to HTC for going all out with the One. This is an impeccably gorgeous effort, and it's probably the first time a phone is at least as -if not more beautiful than- something Apple would have made. A beautifully machined aluminum back, precision engineered metal detail on the front - this is a phone that you will want to pick up the moment you see it. It's deceptively light and 4mm-thin to boot, yet there seem to be no obvious compromises on durability.

True to its 2013-flagship status, the One sports a pixel-packed 1920 x 1080 full-HD display that is top notch in terms of color reproduction and brightness. Add to that the twin speaker grilles for stereo sound when you turn the phone sideways, which is great for watching movies or listening to music. It's worth mentioning that audio quality is unexpectedly good for what we've come to expect from smartphones.

Now, while the competition is busy jamming in 13 megapixels and more into their devices, HTC's taken a massive bet and kitted the One with a 4 megapixel camera, however each of these pixels can take it a claimed 300 per cent more light, which should help significantly improve low-light and indoor photos. The results are mixed, though - while the One's camera undeniably captures a lot of light and pulls out decent results where even the iPhone captured only darkness, daytime results were somewhat lacking in the level of detail. An acceptable compromise if the bulk of your shooting is towards the evening and at parties/restaurants where the light is nowhere near perfect.

I'm not sure I quite agree with the other big bet HTC's taken - Blinkfeed. It's a new default home screen that pulls in photos and stories from your social networks and lays them out as separate tiles. After the novelty wears off, I didn't like the fact that you couldn't choose not to see Blinkfeed the moment you unlocked on your phone.  Sometimes, you just want to get to your apps without the distraction that is Facebook, right?

Overall, the HTC One is an impressive effort that justifies its asking price, and is exactly the kind of focused and differentiated device HTC can stake its future on.