On The Side Of Net Neutrality 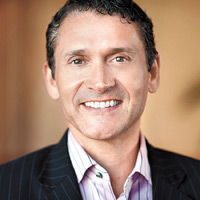 04 May, 2015
Print this article Font size -16+
The principle of Net neutrality is a burning hot topic in India right now, with major names from politics (such as Congress politician Ajay Maken) and even entertainment (actor Shah Rukh Khan) joining forces to urge consumers to back the #SaveTheInternet crusade. And the latest count of verified supporters of the campaign started by Nikhil Pahwa of Medianama? Over a million…

If you are not familiar with the term, Net neutrality basically means that all websites and services must be treated equally in terms of speed and cost of access. Consequently, that would mean that a telco or an Internet provider cannot block a certain website (either because of a commercial or other vested interest) and neither can it promote a particular service over another. Furthermore, it means that service speeds cannot be modified (i.e., slowed down) for any individual service nor can any extra charges be imposed.

So what does all that mean in real terms? Well, without Net neutrality, it is possible for telcos to deliberately slow down or charge more for your favourite services (such as WhatsApp, Facebook, Skype and Viber) in favour of their own (often less popular) variants. Doesn’t exactly sound fair, does it?
The Indian telecom regulator (Trai) previously published a consultation paper outlining proposed regulations and subsequently called for comments from interested parties (from providers to users) so it can make an informed decision on the matter. The deadline for those comments expires on 24th April. From the voluminous online buzz surrounding the subject, it seems the groundswell of opinion is that Net neutrality is an absolute prerequisite for Indian netizens.

The media have also put their considerable weight behind the campaign with a whole host of articles related to the issue and have collectively urged readers to positively participate in the lobbying by lodging their views on the Savetheinternet.in website.

Other nations have already tackled the issue and legislation has been introduced in several countries that support Net neutrality (eg. US, Brazil, Holland, etc.). Barack Obama himself has been personally involved in the subject since 2007 and has lobbied hard for Net neutrality throughout his two terms in office as US President. The Federal Communications Commission (FCC) finally approved the Bill earlier this year and Obama said: “The Internet has been one of the greatest gifts our economy  and society has ever known… there is no higher calling than protecting an open, accessible, and free Internet.” In the end, over four million people signed up to demonstrate their support and a video by Hollywood celebrity John Oliver, which urged viewers to back Net neutrality, caused the FCC website to crash with 45,000 people simultaneously trying to pledge their support online.

So what is the counter argument? Well, the telcos claim that these so-called ‘Over The Top’ (OTT) services for free talk and text are undermining their businesses and don’t take into consideration the investment they have made into mobile infrastructure. In addition, critics to net neutrality insist that treating the Internet like a utility is unrealistic, as it will only choke growth and investment. That point of view is cleverly and hilariously lampooned in a viral video produced by All India Bakchod that has already achieved an impressive 2.6 million views and over 4,000 comments.
As they say, quite rightly, in the video “the internet is a utility, not a luxury.”

The author is CEO Asia Pacific at OMD

(This story was published in BW | Businessworld Issue Dated 18-05-2015)
Tags assigned to this article:
magazine net neutrality magazine 18 may 2015 marketing and adertising