On The Horns Of A Dilemma 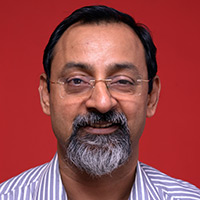 08 November, 2014
Print this article Font size -16+
We like second-guessing ourselves, but call it revision. On June 12, the Central Statistical Organisation (CSO) said that the index of industrial production (IIP) – a key indicator of manufacturing activity – for April 2013 grew by 2 per cent over April 2012 (the IIP contracted in April 2012 over its 2011 level). Then, on June 13, the CSO revised its IIP number upwards – to 2.2 per cent.  Earlier, it had already revised the number for March 2013 to 304 per cent.

But the momentum of IIP growth — in other words, its month on month growth — is less than salutary. Take capital goods for instance: production in April declined by 38.5 per cent compared to March, and that in consumer durables declined by 10.8 per cent. In fact, production in almost every category declined in April, compared to March. Granted, April is seasonally a weak production month, coming after after peaking in March, which is the end of the financial year.

Given the concerns over the current account, that exports grew at less than 2 per cent while imports grew at over 10 per cent is another dampener in this wet monsoon season. The silver lining – and it’s a thin sliver of a silver lining – is that a good monsoon will do wonders for agricultural growth even as news on the manufacturing front will in all likelihood continue to disappoint us.

After all the brouhaha over the rapid depreciation in the rupee’s value against the dollar, finance minister Palaniappan Chidambaram appears to have felt compelled to make a public appearance to reassure a worried corporate India. In his remarks to the media, he suggested that things looked a lot worse than they actually were, and that his government was taking several steps (on top of those it had taken already) to infuse some spirit into the business climate.

His government had restrained spending, tried to keep inflation from running out of control and meet the targets he set for achieving fiscal stability in the budget he announced for 2013-14 (FY14); he cited numbers to indicate that achieving the fiscal deficit target of 4.6 per cent was very likely. Asked about whether he’d ask the Reserve Bank of India (RBI) to consider lowering policy interest rates – the demands for which have gotten louder – he said that conversation wasn’t something he was going to talk about. And therein lies the rub.

The RBI will announce its proceedings of its mid-quarter monetary policy review on June 16; RBI Governor Duvvuri Subbarao is caught between a rock and a hard place. Trying to maintain the stability of the rupee militates against cutting policy interest rates; until last week, most folks expected that the RBI would hold firm and not cut, given the stickiness of inflation (though it has been declining); cutting interest rates implies loosening monetary policy, and that could depreciate the rupee further.

But by not cutting rates, the RBI also runs the risk of being perceived as running a stop-and-go monetary policy, rather than implementing a cycle that is predictable; without another interest rate cut, especially in current conditions, monetary policy transmission could be hampered, something the central bank has been worried about.

Some experts suggest that rather than worry act on stemming the rupee’s depreciation — Monetary policy should focus on stabilising the value of the currency, even if it is at a lower level — and then managing to keep it stable there for six to eight months; at this point, they suggest, keeping the cutting cycle in motion may be the right thing to do.

It’s a view to which we subscribe too, despite the dangers to the currency. The RBI’s case may be made easier by the narrowing of interest rate differentials between the US dollar and the rupee (which the finance minister underscored in his comparison of yields 10-year between rupee and dollar bonds). It’s not easy being between a rock and a hard place; the RBI has a hard choice to make. Time will tell if it made the right one.