New Delhi [India], July 26 (ANI): As the country celebrated the 21st Kargil Vijay Diwas on Sunday, Bollywood celebrities, remembered the sacrifices, veneration, and the valour of the Indian Army during the 1999 Kargil War with Pakistan.
B-town personalities like Anushka Sharma, Sidharth Malhotra, and Vicky Kaushal took to their respective social media handles to pay homage to the war heroes.
Sharma documented her respect for the brave soldiers on Instagram stories and saluted their "courage" for protecting the country.
"A salute to the courage of our soldiers who protected our nation, and its people. Your sacrifices will be remembered forever," the 'PK' actor wrote. 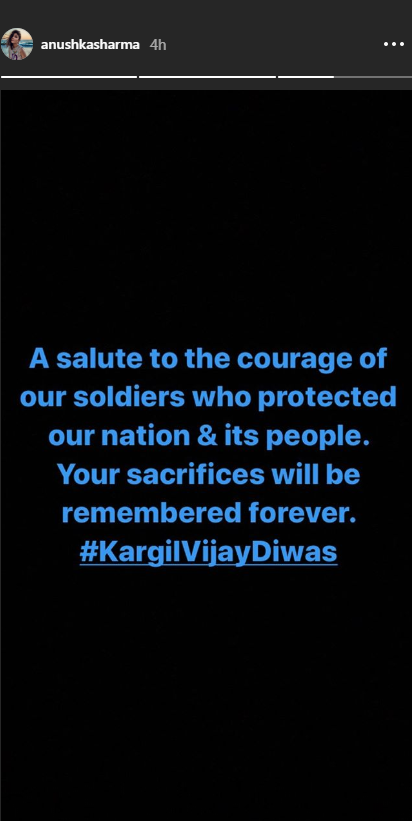 While, the 'Baar Baar Dekho' actor shared a video remembering, and celebrating the braveheart Vikram Batra, who lost his life fighting for the nation during the Kargil War.
Malhotra will be seen essaying the Kargil hero in his upcoming film 'Sher Shah'.
Paying his respect to the Indian Army soldiers, he wrote, "Today on #KargilVijayDiwas, I salute all our bravehearts for their constant and selfless sacrifices till date and PVC Captain #VikramBatra for laying down his life to protect our nation. Jai Hind". 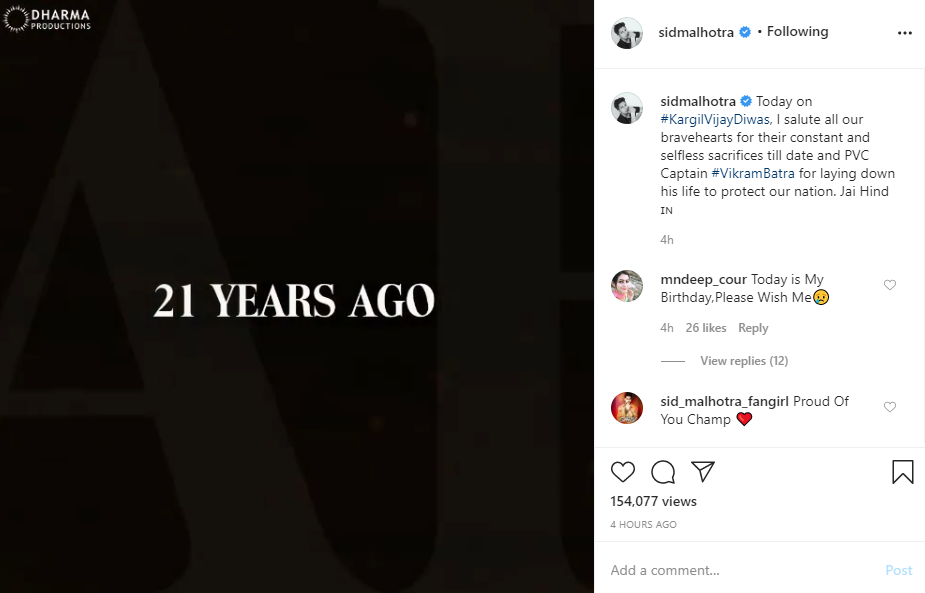 The 'Raazi' actor shared a throwback picture of brave Indian soldiers, who are holding the Indian flag while paying his tribute on the "Kargil Vijay Diwas". 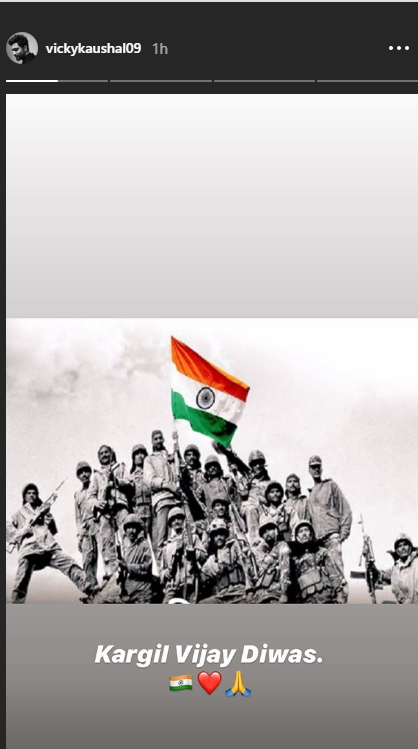 July 26 is celebrated as 'Kargil Vijay Diwas' to rekindle the pride and valour of the soldiers who took part in Operation Vijay. (ANI)