On A Losing Streak 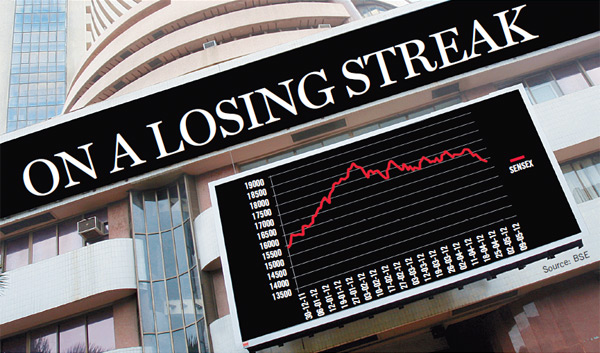 And it's not just GAAR. One analyst with a leading brokerage firm points to the Vodafone tax case, and the tax department's pursuit of the company despite the Supreme Court having thrown out the government's case. "The government seems hell-bent on getting that money out of Vodafone," he says, requesting anonymity. "That sends a bad signal to potential investors in India."

Others point to the outlook for corporate earnings, which doesn't look too good. "You can say that the market will oscillate within a narrow range," says Jain. "It still is a stock-picker's market."

So what are fund managers doing? "We just cannot sit on cash; we do not have that mandate," says Agrawal. "We are investing in stocks that generate free cash flows and have a strong return on investment and return on equity."

The consensus, though, is that market sentiment is poor and the Sensex will drift downward, but it may not go down in a hurry.