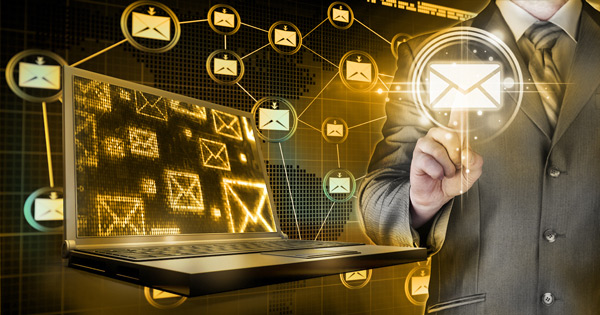 07 May, 2015
Print this article Font size -16+
The internet is neutral when data on all websites or applications are treated equally. When an Internet Service Provider (ISP) charges differently or gives a preferential/discriminatory treatment to data on different platforms, the Internet Neutrality is compromised. The ISPs are lobbying up the Telecom Regulatory Authority of India (TRAI) to allow them the freedom to such discrimination. "Internet Neutrality" is a misnomer for the issue; the internet, barring a few exceptions, is already neutral. The recommendations by ISPs, if implemented, shall bereft the internet of its neutrality. Hence, the issue in hand is actually of "compromising internet neutrality". The government needs to ensure that any regulatory steps it takes, lead to abrogation of the cases of exceptions to Internet Neutrality rather than their institutionalization.

The matter has already received passionate criticism from media and public at large, deservingly so. As an academician who believes in free, unbiased flow of information and an entrepreneur who has utilized the power and freedom of internet for going solo, I am perturbed by the self-indulgent approach of the ISPs. When I was asked for my views on this issue, the thought of uninterrupted castigation was tempting; however, to give the issue an analytical treatment rather than critical, I decided to give the counter opinion a fair chance. Here is an attempt to carry out a fair dialogue between the Cellular Operators Association of India (COAI) and the general Internet user opposing the discriminatory stance.

The first argument by the ISPs is that certain services (referred to as Over the Top Services or OTT) by the websites consume greater bandwidth and thus, should be charged and treated differently; examples of OTT include playing videos, exchanging pictures, voice over internet etc. This argument remains the fundamental reasoning for the stance taken by ISPs but don't such OTTs lead to higher data usage for the consumer, costing him more and thereby, commensurately benefiting the ISP? They do! For example, watching a 10 minutes video over YouTube leads to higher bandwidth consumption (than browsing a textual site, let's say) for the ISP but it also costs more data to the consumer and thus, the consumer is penalized and the ISP is accordingly benefitted. Why mix this simple arithmetic with the need for compromising the Internet Neutrality? Why are ISPs demanding/expecting/lobbying for such extra preferential treatment?

The second argument is that the ISPs' source of revenue remains the end users and they don't get a share in the profits of website/app developers despite playing a medium in their business. This argument is analogous to the country expecting higher taxes from an entrepreneur for generating greater wealth while using the country's resources; but this analogy is badly misplaced as the ISPs don't own the internet- they purchased the license from the government for a limited period. While purchasing the license, the ISPs were aware of the norms and if they are not happy with their profits (leave alone the fact that most are highly profitable) they must blame themselves for not doing their business planning well enough rather than trying to patronize the internet traffic and envying the app developers for the money they are making. Further, this attitude "pay me as I play a role in your success" is unhealthy and contagious for a symbiotic business environment; what if a Facebook or WhatsApp starts demanding a share from ISPs as many users buy data plans for such services alone? What if they demand payments for using their names in the advertisements by ISPs? What if YouTube starts asking for a share on the argument that a significant portion of data usage happens on its platform and thus, ISPs benefit from it? There is no end to such transactional arguments and the businesses need to show a bigger heart to look beyond such self-indulgent practices for a mutually benefitting ecosystem!

The third main argument by ISPs is that websites and applications are eating on their pie, while using ISPs' medium, the internet. There is truth is this argument; most ISPs in India are also the telecom service providers and the brutal fact of today is that the internet based applications are eating up on the revenues of the telecom based services. Examples include reduction in the use of SMSs due to applications such as WhatsApp and Viber, drop in ISD calls due to applications such as Skype and Viber, and various instances of calls being averted as text messages or live chats do the job. These are business related issues and the Internet and Telecom Service providers needs to come up with ethical, strategic solutions to these problems by reinventing themselves. In asking for a share in the pie of the website and app developers, the ISPs are looking for an answer at the wrong place. Further, it is not that the so called OTT providers have made the Internet/Telecom Service Providers fight for survival; the rates of services in India are competitive, apace with other prominent markets in the world and the number of users in India is only going to increase over the next several years. India is a flourishing market and such competition is eventually good for the end user, the country, and service providers themselves as they need to keep reinventing.

The fourth, and probably the last, main argument by COAI is that many applications proving Internet based calls are not legal as they do not have a Telecom license in India. Parrying the legal complexities, my short answer to this issue is that the law needs amendments; the relevant clause is governed by the Telegraph Act of 1885 when the world had not seen the advent of moving pictures, leave alone telecom or internet. The service providers must demand their right of an amendment and let the law take its own course rather than using this issue as an excuse for gaining control over the Internet traffic.

Above is my treatment to the arguments raised by the COAI. I will be happy if someone from COAI can give a fair, logical treatment to the concerns of a common Internet user. The concern is why should a service provider decide which website can a user visit, which website opens at what speed, among similar applications- which one to prefer? Business deals inside four walls? Only the rich can sign such deals and therefore aren't we choosing oligarchy over innovation? And thus, are the riches signing such deals not reducing India's chances of producing the next big thing in the world of Internet? Are we not giving a jolt to the SMEs? Why shouldn't quality, rather than money, continue to drive traffic? Why not continue to let the users decide the quality? Are we going to discriminate against the free, non-commercial or non-profit, sources of information as they won't have the financial muscle or ethical restrictions in signing such deals? For example, I don't foresee Wikipedia, which can earn millions in ad revenues but chooses to raise limited donations and stay non-profit, sign such a deal with ISPs and thus, are we going to discriminate against the world's biggest encyclopaedia? All in the name of revenue sharing?

The concerns of a regular internet user are innumerable. The answer is one: conserve Internet Neutrality. Internet represents the rare medley of freedom, fairness, and opportunity on a level playing field; let one of the greatest brainchild stay organic. Else, this will be a huge loss to India, if not the mankind!