Oil’s Not Well, Yet 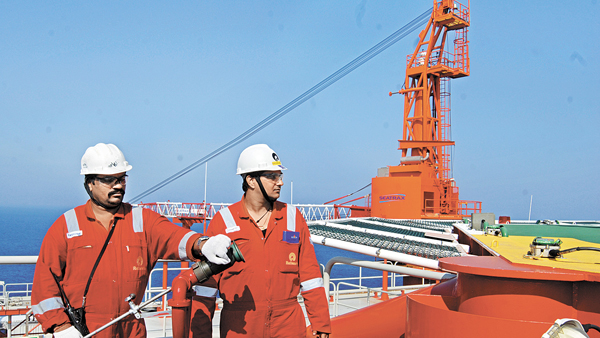 08 November, 2014
Print this article Font size -16+
The war of letters, words, arbitration and lawsuits between the oil ministry (and its associate the directorate general of hydrocarbons) and Reliance Industries over the D6 block in the Krishna Godavari basin oil and gas fields has cost the nation dearly.

The fields that were projected to deliver up to 80 million metric standard cubic metres per day (mmscmd) of gas by 2012 are delivering sub-30 mmscmd. The productivity of the wells is worsening.

And most downstream sectors are suffering. Given that the fertiliser industry is the top priority for gas allocation, at least 8,000 MW of capacity set up in anticipation of additional gas is either lying idle or is producing way below rated capacity. This has a ripple effect on investors and the banking system that has lent money to projects which now seem unviable.

At the centre of the dispute is Reliance Industries’ higher capital expenditure on D1 and D3 fields from $2.39 billion to $8.8 billion which it submitted to the government for approval. The government raised objections and ordered an audit by the CAG. RIL denied the auditors access to the books of accounts and the SAP system on the grounds that the auditors were conducting a “performance audit” — which can question the technologies and processes deployed in deep sea fields —despite the CAG not being a technical authority.

Of late, the two sides seem to be coming to an agreement on their respective rights as per the production-sharing contract. And both sides are claiming victory  (RIL now says its objection was only to the performance audit while the oil ministry has said it was never interested in a performance audit).

At the heart of it all, this is a classic battle between a tenant and a landlord.

The landlord is objecting to the tenant making large-scale changes in the house he was given to live in. The government has a legitimate right to inspect and question the books since capex is the basis of the future recovery of the investment by RIL. Hence, it is critical that the two sides set boundaries beyond which they must not operate.