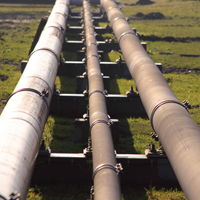 08 November, 2014
Print this article Font size -16+
New oil minister Veerappa Moily has promised to speed decision making in an effort to attract foreign investment, and will push domestic oil companies to aggressively bid for foreign oil and gas assets to meet growing energy demand.
Moily was appointed as the country's new Petroleum and Natural Gas Minister, replacing Jaipal Reddy, as part of a broader cabinet reshuffle unveiled on 29 October' 2012.
Moily said his ministry would create a roadmap to help the energy-starved nation improve its investment climate and increase oil and gas output and build downstream infrastructure, such as liquefied natural gas terminals and pipeline networks.
"We have to keep our doors and windows open for whosoever wants to invest here," Moily told reporters on Monday.
"We have to create a level of confidence among investors. The emphasis will be on quick decisions as delayed decisions cost the nation."
Shares in Reliance Industries rose nearly 2 per cent on hopes the appointment of a new oil minister would improve what has been seen as a contentious relationship between the energy conglomerate and the government.
Reliance, controlled by billionaire Mukesh Ambani, Asia's second-richest man, had clashed with the oil ministry under Reddy over gas output at the conglomerate's KG-D6 block on Andhra coast.
Reliance and partner BP Plc have blamed a decline in pressure and water ingress for falling production, and sought an increase in gas prices to justify higher expenditure to develop the block, but the government has so far remained unconvinced.
Asked if he favoured a revision in the price of gas from the D6 block earlier than a review scheduled for 2014, Moily declined to address the matter specifically.
"I don't want to take name of any particular company ... It is a matter of detail ... Decisions will be quick and hastened," he said.
Moily's appointment will be weclomed by investors, said one industry analyst at a large domestic brokerage, who declined to be identified.
"Sentiment-wise this would be positive, as with the earlier minister approvals were not coming on time. Talks between the company and the ministry may improve."
Moily may fast-track some approvals, said VK Vijayakumar, an investment strategist at Geogit BNP Paribas.
"Further approval regarding the joint application by Reliance Industries and BP for KG-D6 gas might get expedited, that is one possibility," he said.
Moily said India had attracted $13 billion worth of investment in the nine auctions held under its licensing policy since 1999.
India plans to relax rules for oil and gas exploration licences in time for the next bidding round, so as to attract global companies. In the past, regulatory uncertainty discouraged many of them from bidding for exploration blocks.
Moily said there was a need to boost investment in the exploration sector, adding that he would mobilise resources from every avenue, including getting the external affairs ministry to encourage local oil companies to buy assets abroad.
Without directly touching upon cutting fuel subsidies, he expressed concern over mounting revenue losses at state fuel retailers, adding, "There are inefficiencies in the system that have to be removed."
Many of India's gas-based power plants are idle as domestic gas output has declined and infrastructure to import and supply gas is inadequate.