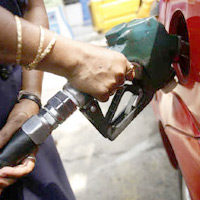 10 March, 2015
Print this article Font size -16+
India has widened an investigation into leaks of confidential documents from its oil ministry to include the defence ministry, raising fears that other secrets vital to national security may have fallen into the wrong hands.

The scandal has engulfed the oil ministry since the arrest two weeks ago of low-level staff suspected of stealing secret documents and selling them to journalists who styled themselves as high-profile industry consultants.

So far, investigators have focused on how that information was, in turn, used by some of India's biggest oil companies to pre-empt unfavourable decisions or hurt rivals.

There are also fears that secrets may have fallen into the hands of foreign intelligence agencies, with investigators saying the group's network extended across the government.

"These men had tentacles spread in multiple government offices and it was easy for them to form a network," said one police officer involved in the investigation, who declined to be identified because he was not authorised to speak on the record.

Among the documents recovered are correspondence signed by Prime Minister Narendra Modi's top aide, proposals for the annual budget and a presentation on the foreign unit of state oil firm ONGC.

Over the weekend, investigators found documents on India's coal production and power projects. Details of a defence ministry audit are also believed to have been leaked by a casual worker employed by the government's audit office.

"Yes, it is a threat if the information goes into the wrong hands," said C. Uday Bhaskar, a defence expert and director of the Society for Policy Studies. "Any information deemed to be restricted can be used by an inimical, hostile entity."

India will spend $40 billion on defence in the next fiscal year and, in a pivot away from its former reliance on Soviet hardware, has become a key market for U.S., French and Israeli suppliers.

"We were concerned that crucial documents had been leaked, but the defence ministry has always been very strict about its recruitment procedure," said ministry spokesman Sitanshu Kar, adding that the ministry's own security setup was "foolproof".

Dozen Arrests
The security aspect of the leaks, not previously reported, could inject fresh urgency into the investigation which has led to more than a dozen arrests.

Those arrested are journalists Santanu Saikia of Indianpetro.com, Prayas Jain of Metis Energy, and Lokesh Sharma of Infraline Energy.

They are suspected of trespassing, cheating, forgery and criminal conspiracy but have not been formally charged.

Saikia, as he was taken to court, said he had been framed. All three protested their innocence at a hearing where they were remanded in judicial custody until March 6.

The three websites published analytical reports based on leaked documents and provided them to corporates too.

One senior oil ministry source, who sought anonymity because the matter is sensitive, said the Intelligence Bureau had tracked Saikia's phone and found that he talked regularly to foreigners about Indian policy.

In stock exchange filings last week, Reliance said it had launched an internal inquiry. Essar, Reliance Power and Cairn say they will cooperate with investigators.

The oil ministry called in the Intelligence Bureau last June, the month after Modi's election victory, after one top official became suspicious over documents left on his photocopier.

Oil Minister Dharmendra Pradhan said the government was determined to hunt down those responsible.

"It has to be stopped," Pradhan told Reuters. "Whoever they may be, however powerful they may be, this cannot go on."