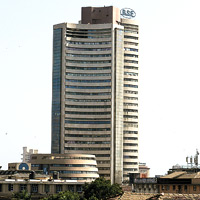 08 November, 2014
Print this article Font size -16+
IT’s a generally accepted principle that initial public offerings (IPOs) can be hazardous to your wealth. Numerous studies have shown that post-listing performance of most IPOs disappoint investors in terms of returns. The phenomenon is not restricted to Indian markets; academic research into ‘hot and cold’ IPO markets has been prevalent in markets across the world, from the US through Europe to even small island economies like Mauritius.
That poor performance has led many — the latest being U.K. Sinha, chairman of the Securities and Exchange Board of India — to push for measures to regulate aggressive IPO pricing by promoters. Yet, the listing of Care Ratings in a fairly cold market — which traded at a premium of more than 25 per cent to its offer price — shows why some investors still think IPOs are a great way to enter the stock market and make money.
There were two other IPOs — PC Jeweller and Bharti Infratel (which listed 10 per cent below its IPO price on 28 December) — that came to market last month, along with three offers for sale, or OFS (Adani Enterprises, NMDC and Eros International). The latter three issues attracted a lot of investor interest, albeit from institutional investors, and all of them were oversubscribed. Retail interest is, however, is still negligible.
“Too many people are still uncertain, both about global conditions, and the upward market moves of the past three months,” says Devang Mehta, head, equity sales and advisory at Anand Rathi Financial Services. “Mutual fund redemptions are still persistent, and at least among retail investors, the memory of dismal returns from IPOs in the past 2-3 years is still fresh; they remain sceptical.”
History has shown that IPOs that lead before the market gets ‘hot’ — defined by a big increase in the number of public issues and of fairly large size — tend to do well. Cast your memory back to 2002-03, when conditions were similar: the effects of the dot-com bust were still in the air, the memory of the 9/11 attacks and the US war on terror hung over the global economy. There was great political and economic uncertainty.
“There were three issues that gave investors a huge bang — Bharti Tele-ventures (now Bharti Airtel), Divi’s Laboratories and Maruti Suzuki,” points out Rashesh Shah, chairman and CEO, Edelweiss group. In hindsight, they weren’t priced too aggressively. Bharti was at Rs 45, Maruti was at Rs 120, and Divi’s at Rs 130. At today’s prices, the last 10 years have given investors in these stocks a return of 10-40 times.
Shah believes that this could be the harbinger of better issues to come; it could also take out the uncertainty that prevails now, and sustain the market rally that began three months ago (market indices are up 30 per cent since January). If firms leave something on the table for investors (in other words, price issues fairly), Mehta says, retail investors could come back.
But how do you tell a ‘cold’ IPO market? Issuance is low, oversubscription tends to be moderate and pricing is close to fair; offers tend to be medium to large. All the recent issues seem to bear those characteristics. In the initial stages of a ‘hot’ IPO market, on the other hand, issues could be heavily underpriced, volumes tend to be low, but issues are smaller (more new firms) and they tend to be concentrated in a particular industry. But we aren’t there yet.