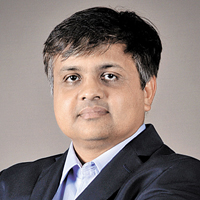 14 January, 2015
Print this article Font size -16+
A recent advert for Honda, ‘The other side’ caught the creative industry’s fancy for its clever use of  technology in telling a brand story. The effort was commendable primarily because the ‘tech’ was central to the strategy and was creative. The strategy was to showcase Civic Type R, the ‘wild child alter-ego’ of the Civic hatchback. There have been many brand campaigns using some sort of tech inputs or gadgets in the recent past. But merely using technology (and we are not talking high-end computers or robots here, just some inventive coding and gadgetry) does not make a memorable or effective campaign. The tech must be seamlessly integrated with strategy and the creative idea. The same has been true of any creative element since the beginning of advertising.
A few years ago, the term ‘creative technologist’ came into being. Advertising today is about ‘art, copy and code’ as Google puts it. ‘The new creative person is T-shaped’ said Luke Sullivan (author of Hey Whipple, Squeeze This and ex-agency creative) referring to the need of having deep skills in one area as well as the ability to collaborate across disciplines. So, the creative person of today may be hired for copywriting or graphic design skills, but is expected to have a basic understanding of another skill, preferably in tech. The term ‘creative technologist’ is odd though, since we did not have ‘creative copywriters’ earlier. The point is, a specialist in the tech area is not hired by creative companies for just his tech skills. Just as someone who has mastered Wren & Martin does not become a copywriter.
In today’s context, advertising is no longer about a one-way messaging. It is no longer about merely a claim (though several brands can still thrive in such TV-driven messaging) but about action...being of some value to the consumer. The best of ad campaigns have been about brands doing something and getting consumers to talk about it in new media. Tech and more importantly, execution, has played a critical role in many popular campaigns. If the earlier era was about strategy and creative messaging, today, it is about strategy and ‘making’ coming together. Some of the Google doodles, which involve interactivity, are perfect examples of this — they involve thinking and using code.
Over the last few years, creative projects that have appealed to us have had an element of tech built into them. Deeplocal built the Nike Chalkbot, a tweet-fed, chalk-spraying hydraulic robot that traveled the roads of the Tour de France. According to their case study: ‘After Chalkbot printed each message, the robot snapped a photo of the message, attached GPS coordinates to it, and sent it back to its submitter. The project drew contributions from thousands of people worldwide and received tremendous attention from the media with no traditional advertising expense. The campaign resulted in a 46 per cent increase in apparel sales for Livestrong’. Fiat built the EcoDrive solution — billed as a motor and technology first for linking drivers with in-car diagnostics — to improve fuel efficiency and reducing CO2 emissions’.
Today, advertising can be a mobile application, an event, a stunt, an activation programme and so on. Very often tech plays a crucial role in such advertising. But tech can be likened to any other design element of an ad — when needed, it has to be central to the ad, yet not overpowering. Unobtrusive, yet intrinsic.
The author is a former ad professional, currently with Robosoft, a mobile app  firm