Obama News Not Best For IT: Phaneesh 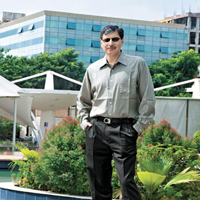 08 November, 2014
Print this article Font size -16+
The re-election of US President Barack Obama is not the best news for IT outsourcing industry, according to CEO of iGATE, Phaneesh Murthy.

"Not the best news for India or the IT outsourcing industry. However, we need to understand how much of the election rhetoric continues into 2013 and that will determine the full implications to us," Murthy said.

"The concern over the deficit and jobs will continue (in the US) and in my mind, will force the sluggishness to remain in the economy," he said.

Leaders of India Inc welcomed the re-election of Barack Obama as the US President on 7 November saying that continuity will be good for bilateral relations, but some of them expressed concerns over the outsourcing issue.

"This is a good development for India. Between two large economies there will be issues and concerns. Outsourcing is also a concern and I hope it will be addressed soon," Godrej Group Chairman Adi Godrej told reporters on the sidelines of the World Economic Forum on India here.

Expressing similar views, Bharti Group Chairman Sunil Bharti Mittal said: "It is on expected lines but there was some heat reported in the last few days. I think it will be good for India. There will be continuity."

When asked about concerns over outsourcing he said: "I have heard this in the previous election. We saw Mr Clinton go very heavy on outsourcing and we did not see anyone of these impacting our outsourcing business or relationships."

Obama has won a second term in office overcoming a stiff initial challenge from his Republican challenger Mitt Romney.

During the presidential campaign, Obama had criticised outsourcing of jobs to countries like India saying that US needs to create jobs locally.

The US and European markets account for over 80 per cent of revenues of the Indian IT industry.

However, NIIT Chairman Rajendra S Pawar said that with the election, the rhetoric is also over and "we are back to business. It is good for America and Indian IT sector."

BPO industry veteran and former CEO of Genpact Pramod Bhasin, however, said the issue of outsourcing was more than a plain election rhetoric.

"I think there will be greater implications as he (Obama) focusses on issues like unemployment. I just hope he remains true to free trade and all the other things that he talks about so well," he said.

Obama has won a second term in office overcoming a stiff initial challenge from his Republican challenger Mitt Romney.

Obama in this presidential elections campaign had criticised outsourcing of jobs to countries like India saying that US needs to create jobs locally.

The US and Europe account for over 80 per cent of revenues of the Indian IT industry.

World Shares Rally
World shares and gold rallied while the dollar fell on 7 November after President Barack Obama was re-elected for a second term, signalling no dramatic shift in US economic policy.

Gains in Europe's main stock markets were expected to be limited, however, as attention switches to Greece where parliament votes late in the day on an austerity package needed to secure a fresh injection of EU/IMF aid and avert bankruptcy.

"The fact the election is over is obviously positive for the market. Markets don't like uncertainty and there was always the worry that it was going to drag on," said Mark Priest, Head of Index & Equity Market Making at ETX Capital.

"A lot depends on this vote today in Greece, so I think it is a little bit of wait-and-see."

Investors in most major markets were expected to be wary of extending the gains too far due to the approaching U.S. "fiscal cliff", a series of spending cuts and tax increases worth around $600 billion due to take effect next year that could crush growth.

The dollar, which has rallied during this week's tense run-up to the election, slipped 0.2 percent against a basket of currencies, retreating further from Monday's two-month high. The euro rallied to a session high of $1.2876.

"You clearly see the dollar under pressure here but the key question is whether this will be sustained," said Valentin Marinov, Director of FX Strategy at Citi. "People will be refocusing away from the election to more important issues surrounding the fiscal cliff ... So we may have to endure some more uncertainty into year end."