OROP: A Breakthrough In Sight? 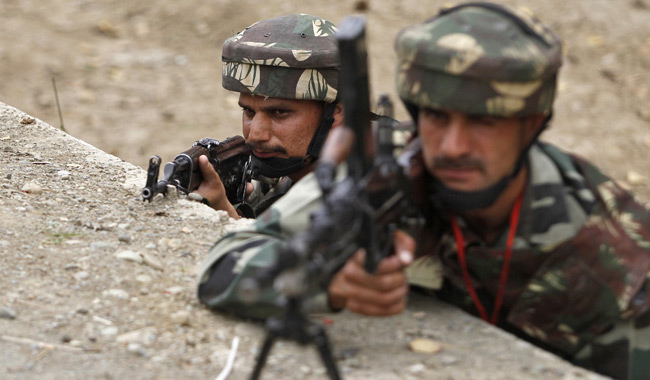 03 September, 2015
Print this article Font size -16+
Veterans believe that the stalemate with the central government over One Rank One Pension can get over if the government honours its commitment. Is OROP announcement on the anvil or will it get delayed again? Ashish Sinha reports.
Since Wednesday (September 2), indications coming from ex-servicemen and those mediating on their behalf was clear. Modalities of One Rank One Pension (OROP) are getting sorted.
Which means, the government will soon make an announcement to this effect which will not only provide OROP from April 1, 2014 to over 23 lakh veterans and over 6 lakh widows, but will also have the details on the financial outgo to the government. A contentious demand from ex-servicemen of revising OROP annually has not been accepted by the finance ministry which is insisting of OROP review every five years. But veterans have indicated a middle ground – review OROP every second year.
As per definition OROP means uniform pension based on rank and length of service irrespective of the date of retirement.
Thursday (September 3) is the 81st day of protest by ex-servicemen in the national capital. Thirteen retired soldiers are on indefinite hunger strike. Relay hunger strikes are taking place in some 60 towns and cities. But the much awaited announcement continues to allude the veterans.
Insiders say there are differences in the approach made by ex-officers and those retirees who are below officer’s rank. Also, demand for an annual correction (by some percentage) on the revised pension is doing the rounds as the government is in no mood for an overall revision every year or even every second year. “There may be a cascading effect on pension given to non-defence people. Who can stop some retiree to legally challenge it demanding similar benefits at a later stage,” said a retired bureaucrat who does not wish to be named.
The window for announcing OROP is narrowing down with each passing day with the proposed announcement of election dates in Bihar expected by the Election Commission anytime next week. Once the election schedule is announced, the central government cannot make announcements that entails benefits to any section of the voters. “If OROP is delayed now, it will get delayed till November end,” says a veteran.
Decoding OROP
Set aside the emotions, OROP has been a simmering issue pending administrative action since 1974. Because up till 1973 OROP formed the basis for determining pension and benefits for the defence forces. It was discontinued post the 3rd Pay Commission report in 1973 because of an 'ex-parte' decision states a Rajya Sabha report tabled in December 2011 which recommended OROP.
Today, our ex-servicemen are on streets demanding OROP for over 23 lakh retirees and over six lakh widows. The concept of OROP simply means bridging the gap between the rate of pension of the current pensioners and the past pensioners, and also future enhancements in the rate of pension to be automatically passed on to the past pensioners.
Contentious Issues
There are three contentious issues – financial, administrative and legal – due to which the government could not implement it in the past. Perhaps these reasons hold true even today. We will come to the financial implications later. First the administrative constraints. Deposing before the Rajya Sabha panel, officials said passing the benefits to all living ex-servicemen as there is no cut-off date. As per the retention schedule of records of defence pensioners which is kept for 25 years, the manual records of those retiring in 1980s may be difficult to locate. The legal view presented said if pension and emoluments were passed on to somebody who retired 30 years ago, there would be inherent discrimination against the terms and conditions of service or the qualification of service that one was entitled to fulfil (it would go against certain past Supreme Court judgement). The law ministry therefore had opined against OROP, it was submitted.
Now the financial implications, as was argued before the Parliamentary panel. Records with the Office of Controller General of Defence Accounts showed if OROP was given in 2011-12 to ex-servicemen who retired before 01 January 2006, it would cost the government an additional burden of Rs 1,300 crore. By 2016-17, the total combined figure for defence personnel’s pension was projected to swell to Rs 10,135 crore (factoring in a 25 per cent increase due to 7th Pay Commission and the 10 per cent annual growth). The finance ministry had argued that the civilian pension, which stood at Rs 7,840 crore in 2011-12 would jump to Rs 62,218 crore by 2016-17 by applying the same principles.
Budget documents show, the pension budget for 2015-16 stands at Rs 54,500 crore and covers around four lakh defence civilians (who retire at 58-60 years). In 2006 the defence pension allocations stood at around Rs 20,400 crore. The sharp escalation is attributed to the recommendations of the 6th Pay Commission. Similar trend may present once the 7th Pay Commission gets implemented from next year, the government fears.
But the veterans are in no mood to back down. They have long argued that Jawans and persons below officer rank retire at an early age of 35-37 years. They need OROP, it has been argued.
As a defence veteran said in a recent television debate, "We are now past rhetoric, reasoning, calculations and financial implications of OROP. A promise was made by the NDA government and the Prime Minister. It has to be honoured. Delays in announcing OROP will only intensify the stir."
It appears there are no easy solutions.
[email protected]
Tags assigned to this article:
OROP one rank one pension ashish sinha