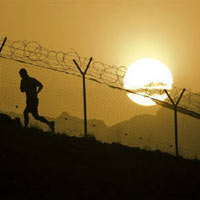 08 November, 2014
Print this article Font size -16+
The prospects for the world's major developed economies improved further in July according to a monthly leading indicator of growth compiled by the OECD, while emerging markets continued to lose steam.

The indicator, which is designed to provide early signals of turning points in economic activity, rose to 100.7 in July from 100.6 in June, edging higher above its long-term average of 100 and reaching its best level since April 2011.

"The CLIs point to improvements in growth in most major OECD countries but stabilising or slowing momentum in large emerging economies," the OECD said in a statement.

The trend was in line with an update last week of the OECD's forecasts for the major economies, which flagged an improving outlook led by firm growth in the United States and Japan while Europe was also seen at last joining the recovery.

The OECD's leading indicator for the euro area rose to 100.5 in July from 100.3, which it said was a sign of growth gaining momentum.

In a sign the tide may be changing for recession-hit Italy, its indicator rose to 100.6 from 100.3, compared to regional powerhouse Germany which saw its index rise to 100.4 from 100.2.

The indicator for France, Europe's second-biggest economy, rose to 99.6 from 99.5, which the OECD said was a sign of a tentative, positive change in momentum although it remaind below the long-term average of 100.

Meanwhile, among the major emerging economies, China saw its indicator ease to 99.4 from 99.5, which the OECD said was a signal that growth was returning to trend.