Nothing Much To Cheer About 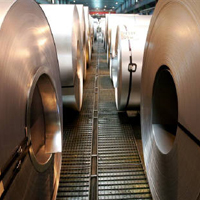 Mirror, mirror on the wall... do you have to tell it all?" If you hold the mirror to corporate India's first quarter results for FY10, what you get is perhaps not the true picture. An "encouraging" 1.4 per cent growth in profits (year-on-year) by the Bombay Stock Exchange's Sensex  companies — thanks to a fall in cyclical commodity prices, a lower interest rate burden, and some internal cost cutting — seems to have papered over a negative 3 per cent growth in sales and revenues due to receding demand across sectors.

However, most analysts who had projected lower profit growth levels for most sectors are not amused. They say that the weakest results are likely to follow over the next two weeks, exposing the tether end of corporate India. From the BSE 500 list, declared results of nearly 50 per cent of the companies showed a profit growth of 16.8 per cent, but a sales growth of 2.6 per cent. "Businesses have taken advantage of raw material costs, which are half of their expenses, but also cut other operating costs, collectively driving up margins," says Aditya Narain, an analyst with Citi Investment and Research Analysis (CIRA). "While rising margins are good, a rise in demand and sales would have been better. This is a worrying trend."

Companies have engaged in some wild cost cutting including in promotions, advertising, employee benefits and all peripheral expenses. Some have renegotiated higher-rate loans, new raw material substitutes and new avenues of savings in consumption and logistics. Naturally, raw material costs are down by 6.5 per cent for the quarter and all other extraordinary expenses by 72 per cent. "We have brought down our costs by 20 per cent for the past few quarters through some innovative measures," says Rakesh Makhija, managing director of SKF India, a bearings and automobile company. "Besides raw material and other business-related expenses, discipline is shown in travel, lodging, conferences, fun trips and other employee expenses."

According to CIRA, auto, hotels, energy, metals, media and transportation showed a definite decline in sales as well as profit growth. Banking, capital goods, diversified financial, food and beverages, healthcare, personal products, cement, pharma, IT services and telecom have surpassed analyst expectations. Worse, within sectors, companies have skipped trends — showing further volatility and lower predictability. Among leaders such as the banking sector, qualitative issues are emerging while IT services sector is increasingly giving a conservative guidance.

The distress in future earnings in some sectors is worrying. Despite bucking the trend, the telecom sector is emitting poor growth signals. Shobhit Khare, an analyst with Motilal Oswal, says Reliance Communications with a profit growth of 27.4 per cent — thanks to forex gains and lower depreciation — posted a growth of a mere 0.4 per cent due to lower income from average users, non-wireless divisions and new areas such as DTH. The government-controlled oil and gas sector, on the other hand, showed a sharp decline in revenues due to lower petroleum prices, though crude throughput, market sales, lower recoveries and gains from inventory gains supported the bottom line. Analyst Rohit Nagraj of Prabhudas Liladhar says Hindustan Petroleum Corporation, for example, is losing money on fuels as under-recoveries remain critical in the near-term whereas lower refining margins have hit Reliance Industries badly.

Analysts doubt corporate India's ability to sustain margins through mindless cost cutting and delays in capex as the trend of a weakening demand coupled with lowering realisations may last a few more quarters. A reversal depends on a faster, widespread economic recovery, a pick-up in investment and consumption, a better global scenario and a near-normal monsoon, which is a fast-fading dream. On the flip side, a global recovery can drive up commodity prices, which would take away bulk of the raw material gains, while booming consumption can bring in inflationary pressures, leading to higher interest rates.

It is the top-line that matters now.