Not Without My Smartphone 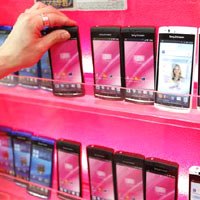 08 November, 2014
Print this article Font size -16+
Two surveys released on 6 November – one by Ericsson’s ConsumerLab and another by Google - reiterate that media usage is shifting from television to the smartphone.

According to a study done by Ericsson’s ConsumerLab on the digital lives of India’s Gen Z (this encompasses the 9-18 age group), the amount of time they spend on their mobile phones has begun to overtake the time they spend watching TV. Also, 58 per cent are now willing to give up the once idolized idiot-box to use the Internet on their mobile phones.

The Ericsson report shows just how much the mobile phone has become part of the lives of Gen Z.  Of the 69 million urban Indian youngsters surveyed for the study, 30 million own mobile phones, with seven per cent of them owning smartphones. And 20 per cent of these are below 11 years old. Another 11 million have access through shared usage with their siblings or parents. The Ericsson study was carried out in 7785 urban households across 16 cities.

Calling kids (9-11 year olds) and tweens (11 to 15 year olds) ‘digital natives’, the report says their behaviour tends to mirror the internet usage of their older teenage (16-18 year old) counterparts. Eighty per cent of 9-11 year olds are already on social networking sites, with majority of them unaware of the age restriction on Facebook. The study also observed a pattern of influence that parents hold on the broadband usage behaviour of Gen Z.

However, parents aren’t satisfied with merely influencing broadband usage behavior. One third of parents believed they exercised control over the mobile phone activity of their young ones. Sixty-two per cent wish they could have more control of their kids’ mobile usage. But Gen Z is one step ahead of their nurturers. 30 per cent of 9-18 year olds use a privacy screen to prevent others from seeing their mobile phone activity.

“What parents want is important to us, since they are the ones who buy the devices for the youngsters. Parents want call/message log details, spending control, premium handset insurance, web guard among several other controls over their children’s’phones,” said Fredrik Jejdling, Managing Director and Head of Region of Ericsson India.

Meanwhile, the Google-IPSOS study shows that even as overall penetration of smartphones is higher amongst males in India, it is women who are using it more for entertainment. And, no, ‘entertainment’ for women was not just about watching shows, but includes connecting with friends over social networks, shopping, and searching out places to hangout with pals. In contrast, more than 55 per cent of the men watched videos on their devices.