Not To Be Sneezed At 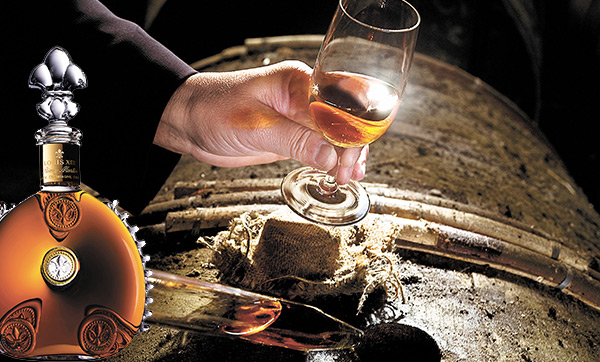 08 November, 2014
Print this article Font size -16+
Bless you!  have some cognac,” I said cheekily as soon as Augustin Depardon sneezed. I seemed to have touched a raw nerve, for the global brand director of Louis XIII cognac, from the house of Remy Martin, did not seem to appreciate my casual remark. “Why do people in India think cognac is a medicine, or worse, a grandfather’s drink?” I thought it best not to mention my grandfather’s religious intake of a spoonful of cognac with a cup of warm milk at bedtime. To throw me off the scent (no pun intended), my parents passed it off as his “sleeping medicine” . And so the impression took root.
Depardon’s irritation was justified though. Cognac has a cult following amongst connoisseurs who have been seduced for years by the exacting standards followed to ensure the authenticity of every bottle — every stage of production, from vineyard to bottle, tightly controlled. Cognac can only be made from specified grapes grown in a delimited region of France with the Ugni blanc grape being the most widely used. The grape is crushed to produce white wine which is then twice distilled in copper pot stills to produce a concentrate called the eau de vie which must be aged for at least two years in French oak barrels, though most are aged for longer.
The master blenders then create unique cognacs by monitoring the aging of the eau de vie, tasting it regularly and deciding to shift it, when appropriate, from one oak cask to another so the flavours become rounder or dryer. The minimum alcohol content in cognac should be at least 40 per cent by volume and there should be no other additives except distilled or demineralised water, sugar, caramel and oak infusion. “While all cognacs are brandies, not all brandies are cognacs,” says Vincent Cleme, brand ambassador of Louis XIII for India and the Gulf.
And here I was referring to their labour of love as a surefire remedy for the common cold!
Another noteworthy factor is the aging of the cognac. The age refers to the youngest eau de vie used in the blend to prepare the cognac. Cognacs come with gradings of VS (Very Special) designating a blend in which the youngest brandy has been stored for at least two years in a cask, VSOP (Very Superior Old Pale — four years) and XO (Extra Old — six years). Unlike wines which are produced from grapes of a single vintage, cognacs are blends of a large number of eaux de vie which could be from grapes drawn from different years.
Having chastised me suitably, Depardon asked me to try a glass of Sidecar, a cognac-based cocktail. I was surprised! Wasn’t cognac meant to be drunk neat or with hot water in a big balloon snifter glass? “Another misconception,” he smiled. While older cognacs, XOs, are mature and hence should be enjoyed neat, or on the rocks, younger cognacs are less balanced and can be enjoyed with ice, in cocktails or even as chilled shots. In fact, the Chinese, who happen to be the second largest cognac-loving people in the world (the Americans being the first), go to the extent of drinking it with green tea.
Every once in a while one of the four big cognac houses — Remy Martin, Hennessy, Courvoisier and Martell — who between them produce 90 per cent of the cognac, launches a limited edition which is a blend of some of the oldest eaux de vie.
On the subject of limited editions, I was part of the launch of one — the Remy Martin Louis XIII Rare Cask 42,6, an over 100-year-old blended cognac of which there was to be only 738 decanters, each priced at 18,000 euros — more expensive than other recent launches, including Courvoisier L’Espirit ($5,000), Delamain’s Le Voyage de Delamain ($5,000) and the Camus Cuvee 3.128 ($2,500). But not the most expensive, as recently a bottle of Croizet Cognac Leonie 1858 was sold at an auction for a whopping $156,760.
Winston Churchill and Charlie Chaplin were known to enjoy their cognac; more recently, hip-hop artists such as P. Diddy and Kanye West have made the drink popular.
Cognac also has a lesser known but older cousin — armagnac. Though over 700 years old, armagnac, made from four different varieties of grape in south-west France, sells only around six million bottles worldwide compared to over 150 million of cognac. Cognac and armagnac drinkers hardly ever see glass to glass and the jury is still out on which is the better brandy.
It was time to taste the Louis XIII rare cask 42,6, so called because it has 42.6 per cent alcohol. Tasting itself is an art. You may not notice anything in particular or worse, be overwhelmed by the power of the drink if you don’t take your time. “Positioning your nose straight into the glass for nosing it, or gulping it down, may waste your entire experience and result in you concluding that the cognac is too strong,” says Cleme.
At first sniff it’s the floral or fruity odours that one smells. In this case it was plum and dates. But with each sip, a change in the bouquet is noticeable. By the end of the evening, one thing was clear. There’s more to cognac than it’s healing properties.