Not Age But Mileage 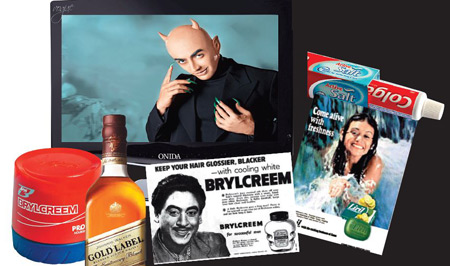 "In most enduring brands — especially those that have been around for three quarters of a century or more — it is the near monopolistic market share," says Anand Ramanathan, manager at KPMG in Bangalore. "Whether it is a Horlicks that has not changed its basic bottle or Nivea that has not changed its blue and white tinned skin crème, limited competition is one of the hallmarks of an enduring brand."

But even the most basic product — Horlicks has been a malted barley drink all its life — needs some degree of reinvention.

Take Nivea skin crème (granted, it is not a market share leader in India, but the brand has been around for nearly 80 years). Nivea products' global sales were roughly €4 billion in 2010, which formed almost 80 per cent of total sales of German parent Beiersdorf (it was marketed by JL Morrison in India till 2006). It turns a century-old this year, and Beiersdorf is betting on two of the biggest markets globally — India and China.

"Nivea has been able to survive competition in the Rs 4,000-crore skin care market in India for two reasons — innovation and brand extensions globally," says Rakshit Hargrave, managing director of Nivea India. But what has not changed is the blue and white packaging as a brand element since 1924.

That the brand has adapted is clear from two factoids: 30 per cent of Nivea's sales come from products (there are about 500 of them) that have been around for less than five years. Also, 15 per cent of sales come from  ‘Nivea for Men' products, which include shaving creams, skin crème and now, deodorants. The men's category was launched in the Indian market towards the end of 2006.

break-page-break
Ramanathan and others suggest that while adaptation is incremental, punctuated innovation plays a key role: Gillette innovated from the old-fashioned, single-blade razor to a multi-blade ‘shaving system', the Mach I. "After that, the Mach II and the Mach III were in the nature of technological improvements or adaptations," says Ramanathan.

Often, most enduring brands are also the ones that contribute the most to their companies in terms of revenues and recognition. "In most categories, there have been three dominant players," says a brand consultant with a leading global firm. "The No. 1, 2 and 3 positions may get shuffled, but the combined market share remains stable."

Word Of Mouth
One brand that spends no money on advertising — not a rupee, say company officials — is Old Monk, the dark rum made by Mohan Meakin. The brand sells over 125 million cases each year, and draws its customers from among the young and the old. "My grandfather introduced me to it," says 35-year-old banker Prakash Tandon. "He was an army officer, and now, I can't seem to drink anything else."

"Often, we use a product because our parents did," says Jagdeep Kapoor, founder and managing director of brand consultancy Samsika.

"Indian consumers tend to keep using a brand as long as taste and quality are maintained."

True, Old Monk is cheaper than white spirits (lots of college students prefer it); but even the shift to white spirits vodka or gin among the young urban professional has not dented Old Monk's popularity. "I tried Bacardi, but it is not Old Monk," says Tandon. The bottle and the taste have not changed in 35 years. Any wonder it is the third-largest selling rum in the world?

Falling By The Wayside
But a strong brand recall is not enough to ensure survival. "Brands need to go through a period of revitalisation exercise every 3-4 years. But the entire exercise should be in sync with the change and has to be real to the company to make it relevant," says Vivek Mathur, head of marketing at Godrej Industries.

Take the Ambassador car, for instance. We see it around; most of the ‘official' cars used by ministers and bureaucrats are Ambassadors. But as a brand, it has not been able to transcend generations and Ambassadors are conspicuous by their absence among car owners.

True, changes in lifestyle, demographics and customer preferences — compounded in many cases by lack of management foresight and family differences — explain some fade-aways like Onida televisions, Murphy radios and HMT watches. But what about Dettol, the ubiquitous disinfectant that appears to be losing ground? People are still going to get hurt, and get cuts and scratches that still have to be disinfected.

Not all changes have to be innovative or revolutionary in nature; in fact, experts point out, most brand changes are evolutionary and about staying relevant. Thums Up, for example, has been able to withstand the assault from Coca Cola and Pepsi, before being acquired by the former. "Coca Cola did not change the Thums Up brand, not even its tagline — ‘Taste the Thunder'," says Devendra Chawla, head of private brands at Future Group. "It did, however, change brand ambassadors to appeal to the present generation and keep itself relevant." Compare that to what Coca Cola did to Gold Spot, which it had also bought: killed it.

Perhaps companies have not looked beyond the product and the brand itself to find ways of staying relevant. Perhaps marketing strategies were off. Perhaps, like Royal Enfield, they should have looked at building communities around the brand that would keep it relevant. Perhaps rather than thrive, they just wanted to survive, but were not fit enough. Leaders do not fall by the wayside, followers do.