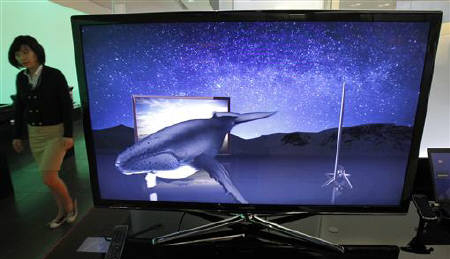 Noble is set to launch its India specific I-Tech Line of the Non-Smart Category in the first phase, with plans to launch its Glasso line & Smart Line in the second phase and the Innovator line in the 3rd phase.

Delivering a combination of great aesthetics and superior features, the Noble Television comes with state-of-the-art technology specially crafted for the Indian market. The Noble range uses the latest android technology to make the TV into a smart TV where one can interact with, socialize as well as personalize the television.

Speaking about this, Tony Navin, Senior Vice-President, Electronics and Home, Snapdeal.com said, “We are happy to partner with Noble Technologies in launching their Next-Gen LED Television on Snapdeal.com. As India’s largest online marketplace, we offer an unmatched platform for product technology companies like Noble to reach out to a pan-India user base of 40 million with their trendsetting products. We are constantly striving to offer most innovative products at most competitive prices to our users and Noble Next-Gen LED Television series is a valuable addition to our electronics category.”

TrueCaller Launhces New App For iOS
Truecaller, a leading search technology company that is transforming the phonebook to make it more intelligent and useful, today announces the launch of the new Truecaller on iOS. The latest update brings an entirely new design to the free Truecaller app and adds the new feature “Truecaller Widget Search” that focuses on convenience and simplifies the process of looking up a missed call.

Truecaller is home to more than 100 million users globally, out of which more than half are based out of India alone, who use the service to identify unknown numbers, block unwanted calls, and find the right contact information for people and businesses you want to connect with. The app looks to solve a huge pain point for millions of consumers who use their phonebook on a daily basis, but often need to go outside of their existing phone book manager to find useful information.

Startup Village: 1,000 Day Impact
Launched with an ambitious agenda to create an ecosystem that would fire up entrepreneurial aspirations of youngsters in Kerala, Startup Village has been surpassing its targets by creating one new entrepreneur a day with total valuation of startups pegged at a whopping Rs 292 crore.

Startup Village, India’s first PPP model incubator which completed its 1,000 days on January 10 this year, produced 533 startups, 116 of them being campus startups, and created a total of 2,889 jobs by the end of 2014. Thirty-seven startups have raised Rs 27 crores in funding from angel investors, private backers and seed funds and 161 have raised initial seed money from friends and family.

Since its inception on April 15, 2012 until December 2014, the internet-mobile incubator received a total of 6,491 application requests. A total of 960 (58 physical and 902 virtual startups) were incubated, of which 533 are currently active. Of the 58 physical startups, 56 are currently active and two failed. Of the 902 virtual startups, 477 are active and 355 inactive while 70 were aborted.

“Survival of physically incubated startups is 96.5 per cent and of virtual 53 per cent, which shows that a physical ecosystem substantially increases the chances of a startup doing well,” said Sanjay Vijayakumar, chairman, Startup Village.

Delhi Sees The Launch Of Barcelos in Khan Market
Barcelos, South African casual dining restaurant was launched in Khan Market, Delhi on 26th February 2015. Leaving its footprint in 17 countries with over 150 outlets, Barcelos has made its debut in the Indian subcontinent with the opening of its restaurant in Delhi.

Rohit Malhotra, GM Operations, Barcelos, said “Barcelos has been offering its delicacies in 17 countries and now we have notched up the 18th country with our debut restaurant in India. India is a unique market for the global gourmet and we are very happy to add to the diverse food culture of India. With our exclusive menu, we are bringing the taste of two cultures together which will definitely win Indian hearts”.

Dentsu Communications Appoint Vipul Thakkar
Dentsu India Group, a leading integrated advertising agency, announced the appointment of Vipul Thakkar as the National Creative Director, Dentsu Communications Pvt. Ltd. The former Creative Head- South & East of DDB Mudra Group, Vipul is a seasoned advertising professional with over 19 years in the business.
Speaking on the occasion, Rohit Ohri, Executive Chairman, Dentsu India Group said, “I am delighted to have Vipul as a part of the Dentsu Communications leadership team. ‘Work that works’ has been Vipul’s mantra. His work has worked not only for the brands that he’s worked on, but also for the agencies he has worked in.  He has built motivated integrated teams, seamless agency networks and a solid creative reputation for the organizations he has worked for. I’m confident that Vipul’s creative leadership, will take Dentsu Communications to greater heights.”
‘Make in India’ Campaign To Get A Boost
The 63rd edition of Indian Foundry Congress (IFC) began on Friday (27 February) with the focus on best practices required for strengthening the foundry industry as a whole. IFEX 2015 & CAST INDIA EXPO concurrent with 63rd IFC, the three day (27 February – 01 March 2015) foundry show hosted by The Institute of Indian Foundrymen (IIF), commenced today at world class India Expo Center & Mart, Greater Noida. The show, which emerged as India’s largest foundry industry event, is recognised as a flagship event of the foundry sector in India by the associations and the industry at large.

Indian Foundry Industry has approx 5000 foundries in MSME sector with the production of approx 10 Mn Tons/annum and contributes 18 Bn USD towards annual revenue. The requirement of castings is expected to go up three folds in next 10 years to support manufacturing in India. IFEX 2015 & CAST INDIA EXPO is the most important platform for the foundry industry of the Indian sub-continent as a sourcing ground for all their foundry requirements. The first day of the 63rd edition of Indian Foundry Congress, highlighted that development of the foundry industry is the need of the hour, no matter how the economy is, with over 200 exhibitors from across the globe like USA, Japan, Italy, Germany, Japan, China, Taiwan etc in addition to India, showcased their products and technologies for various industries. With Indian Foundry Congress improving its standards and growing in terms of participation year on year, the 63rd Indian Foundry Congress attracted more foreign delegates, exhibitors & visitors as compared to the previous events in the region.

HCL Certified As Top Employer In UK
For the ninth consecutive year, HCL Technologies (HCL), a leading global IT services provider has been recognised as a Top Employer UK  for HR best practices. HCL received this prestigious award by the Top Employers Institute on 26th February in London.

Building on previous recognitions as one of UK’s Top Employers, HCL’s commitment towards talent development was commended by the judges. HCL’s investments in people, process design and technology that have shaped its global practices ensure it addresses the evolving changes in the workplace and the skills needed by the workforce.

Ricoh India Partners With Snapdeal
Ricoh India, a market leader in Printing & Document solutions and IT services, has announced its association with Snapdeal for the sales of A4 printer models - SP111 series, SP210SU and SP300DN. Keeping in mind its current and potential customers demand for Laser printers and A4 MFP’s (Multifunction printers), Ricoh has entered into this partnership, further providing online purchase option available for the customers on Snapdeal e-commerce portal.

Ricoh also issued an advisory to its customers that they have not issued authorition of sales of their printers on any of the other e-commerce websites like Flipkart, Amazon, Infibeam etc. Moreover, Ricoh’s A4 printer models will not have any guarantee or authenticity if they are purchased from any other e-commerce sites in terms of its quality, specifications, price and performance.