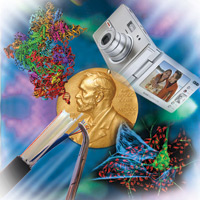 Every year in October, the entire scientific community awaits the Nobels with bated breath. The announcements rarely get noticed by the public, but in most cases, the research that got the prize would have had enormous impact on public life. This year's prizes are a prime example of the impact of fundamental science in improving public life.

Consider the physics prize. Last year's physics Nobel was awarded to researchers in one of the most abstract, theoretical and abstruse area of knowledge: symmetry breaking in particle physics. In contrast, this year's physics prize was awarded to two of the most useful discoveries in modern times: research that made possible optical communications and the digital camera. Both were made four decades ago, but have transformed human life and business in ways few discoveries have so far.

Research in the 1960s by Charles Kao of the Chinese University of Hong Kong made possible today's internet, by showing how to send light signals over long distances. Without optical communication technology, there is no way to send huge loads of data via networks. Inventions by Willard S. Boyle and George E. Smith of Bell Laboratories made possible the conversion of light into electric signals, which in turn revolutionised photography.

Kao takes a half of the prize, while the other two share the rest. Kao, in 1996, calculated how to transmit light over 100 km (against 20 metre in the past) in ultra-pure glass fibres. His work led to the development of fibre optics, and forms the basis of all communications today. In 1969, Boyle and Smith developed, using Einstein's theory of photoelectric effect, the charge-coupled device (CCD), which is now the eye of the digital camera. The technology is widely used in medical imaging, and has given us breath-taking images of the universe.

Discoveries that won the chemistry prize are less easy to describe, but have also influenced medicine, and saved millions of lives. Three scientists share this prize equally: Venkatraman Ramakrishnan of the MRC Laboratory in Cambridge, Thomas Steitz of Yale University and Ada Yonath of the Weizman Institute in Israel. They created a detailed map of the ribosome, a part of the cell that controls protein synthesis. Before the work of these scientists, the structure of the ribosomes was not very well understood. Scientists use a called x-ray crystallography, a method of taking photographs using x-rays, to investigate life's molecules. However, ribosomes were thought to be too complex for this technique, until the Nobel winners showed otherwise. Their work led to a better understanding of the role of the ribosome. It also led to the development of several antibiotics, because this understanding also gave us a way of disabling the ribosome machinery in bacteria.

The third science prize, of physiology and medicine, is the most difficult to visualise. It was won by three scientists: Elizabeth Blackburn of University of California in San Francisco, Carol Greider of the John Hopkins University and Jack Szostak of the Massachusetts General Hospital in Boston. They solved a major problem in biology by figuring out how chromosomes are copied during cell division, and how they are protected against degradation. They showed telomeres, the end part of the chromosomes, is the part that protects them. This knowledge has helped the development of several therapies, as damage to the telomere causes disease.