No Time To Waste 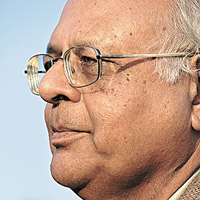 The new finance minister is hardly a novice; he has held the office twice before for seven years in all. Not even the Prime Minister has as much experience of the ministry as P. Chidambaram. His earlier performance has been average — not in the same sense as that of his predecessor, who can only be called mediocre, but the average of good and bad measures. More interesting than the average is the standard deviation. Chidambaram acts more readily than he thinks, and consequently his mean performance includes some great measures and some terrible ones. Journalists are prone to praising those in power; many have recalled Chidambaram’s dream budget of 1998. Though no one says it, his previous budget was poor; and that budget is fondly remembered because he reduced taxes. Those who pay taxes are interested in whether taxes have gone up or down; they are not concerned about the complexity or nuisance value of the process of tax collection, or the efficacy of government expenditure.

On this too, Chidambaram’s record is better than an average finance minister’s; it is he who introduced the outcome budget in 2005. Unfortunately, it was a damp squib. He asked the spending ministries to define the outcomes they would achieve; they submitted long documents promising the world in the vaguest terms. Instead of editing them and questioning the ministries about what they would do concretely, the finance ministry collated their submissions and put them out; the document came to an unreadable 723 pages. The ritual died off when Chidambaram was sent to the home ministry.

Despite the fiasco, the idea of holding government ministers and civil servants responsible for what they spend out of the people’s money is a good one; I hope Chidambaram will take it up again. This time, however, he should get his ministry to do some serious thinking on what it means by outcomes. Even where outcomes are measurable, it is not as simple as it looks. It is easy to build one-room jails, put a jailor at the door, lock up children for six hours a day, and claim that 97 per cent of India’s children go to school. But then a spoilsport like ASER comes along and shows that children who have served a five-year sentence cannot read a five-word sentence. Similarly, after he was exiled to the highway ministry, Kamal Nath claimed having built thousands of miles of roads every year. But unless they were connected to existing roads, and unless road junctions were properly designed, they would make little difference to people and goods carried. Much goes into defining outcomes, including technical inputs; Chidambaram should get all the work done, so that his success in measuring outcomes becomes measurable itself. He should be able to report at the time of the next budget that 73.64 per cent of the expenditure he authorised would result in measurable outcomes.

Next year means 2013, which is the year before 2014, the last year in which general elections must be held. So Chidambaram will be under pressure from his colleagues to produce a populist — in other words, a vote-buying — budget. He should tell them that he did enough of that in his previous stint. It was he who found the money for the world’s biggest programme of corruption creation, namely the (unfortunate) Mahatma Gandhi National Rural Employment Guarantee Scheme. He was also the financier of the enormous expansion in the foodgrain subsidies, which have led the government to hoard unprecedented tonnages for slow rotting. These too are outcomes of Chidambaram’s activities as finance minister. He should look closely at where these scams that began in his time have ended up, and ask himself whether more could not be achieved at less cost.

I am sure that the governor of the Reserve Bank, who called on the finance minister last week, told him what the bank has written repeatedly in its reports, that the fiscal deficit is one of the key factors behind the high inflation. It was Chidambaram who began to ratchet up the deficit from 2005 onwards; the country has been paying the cost. If he takes his outcome mantra seriously, he has much scope for controlling expenditure. But if, like a proper Congressman, he chooses to raise taxes, he should remember to keep them simple. No more of FTT and GST and STT and so on. Taxes make citizens suffer enough; he should not add worries to their pecuniary costs. And finally, he should rein in his verbal deficit. Chidambaram is intelligent, and enjoys verbal duels. They are fine for a politician; in fact, they are the only ones politicians are allowed these days. But a finance minister should be cautious and economical in his emissions.