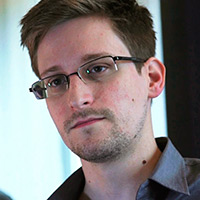 "Indian Embassy in Moscow did receive a request for asylum in a communication dated 30 June from Mr Edward Snowden," Syed Akbaruddin, a spokesman for India's foreign ministry, said on Twitter.

"Following careful examination we have concluded that we see no reason to accede to the Snowden request," he said.

Snowden, wanted by Washington on spying charges for revealing a US electronic surveillance programme called Prism, has applied for political asylum in more than a dozen countries, including China and Spain.