No Panacea For Power Equipment Makers 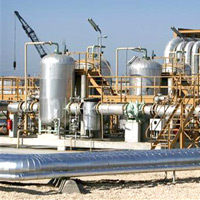 Indian power equipment manufacturers will have to learn to live with pain. Swamped by imports from the Middle Kingdom, the Union Cabinet slapped a levy of 21 per cent on the import of power equipment on 19 July. The decision will take effect sometime in September, but it is seen as too little, too late.

“It is very likely the decision is going to exclude projects which have already been awarded. These projects top 1,00,000 MW (generation capacity). And given that there are hardly any fresh orders coming from power developers at present, it (announcement) lacks excitement. And given that there is 30-40 per cent import component even for local companies, it does not add to much”, points out a senior level BHEL official.

A study done by rating agency, ICRA, says 28 per cent of the capacity addition in the 11th Plan is based on supplies from China. Shanghai Electric Corporation, Dongfang Electric Group and Harbin Power Equipment have stolen a march over domestic players in the supercritical segment. According to ICRA’s estimates, Chinese firms have bagged tenders for 30,000 MW of supercritical tenders or 57 per cent of the orders in the supercritical BTG (Boiler-Turbine-Generator) segment. A key attraction for Chinese equipment is the relatively faster delivery schedule apart from the cost.

Domestic power equipment manufacturers are also miffed over the composition of the total duty structure. The levy of 21 per cent comprises a 12 per cent countervailing duty, a five per cent customs duty and a four per cent special addition duty.

The government has ensured supercritical orders tendered by the National Thermal Power Corporation and DVC fall into the domestic players’ kitty via conditions in the eligibility criteria — it specifically states bidders must have a manufacturing base in the country and a valid technology transfer arrangement. There is a good chance state-run projects would follow suit.

Will these lifelines help domestic players? “There are some private players who have opted for the Chinese players owing to the low cost but at the same time I am aware of some groups who are very clear that they don’t want to go for Chinese equipment. In their perception, Chinese companies are not reliable — in terms of operating characteristic, spares and services components —  post commissioning. These companies would rather place their order with BHEL or other joint venture companies even at the cost of a higher cost as they believe that the total cost of ownership may turn out to be better,” says Sabyasachi Majumdar, senior vice president at ICRA. Yet the point remains despite these apparent advantages, it is the Chinese who rule the roost.

In February 2010, the Arun Maira Committee had recommended an imposition of 14 per cent duty on overseas equipment to bring the domestic equipment manufacturers on parity with their foreign counterparts. The Chinese equipment companies are supported by their government which allows them to price their equipment at 15-20 per cent cheaper than the Indian companies.