No Change In Law To Curb Tax Avoidance: Cameron 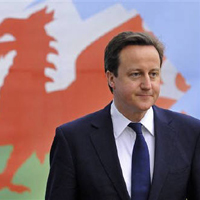 08 November, 2014
Print this article Font size -16+
British Prime Minister David Cameron said on Monday, 18 February, 2013 he did not want to change the law to outlaw "aggressive tax avoidance", but said the practice raised moral questions and that multinationals should pay the tax they owe.

Speaking in Mumbai on the first day of a three-day visit to India, Cameron said his government was doing what it could to cut corporation taxes and expected companies to reciprocate by paying their fair share of tax.

"The message to business should be, 'If we are cutting this rate of tax down to a good low level, you should be paying that rate of tax, rather than seeking ever more aggressive ways to avoid it'," he told a group of workers at Hindustan Unilever Ltd .

The amount of tax that multinationals pay in Britain has become a sensitive issue after it was shown that companies such as Starbucks, Amazon and Google have been using legal loopholes to sharply cut their tax bill.

Britain, Germany and France called for such loopholes to be closed internationally at a meeting of the G20 in Moscow last weekend and London wants to make the issue a centrepiece of its presidency of the G8 group of nations this year.

On Monday, Cameron questioned the value of making a clear distinction between tax evasion and tax avoidance.

"I think the problem with that is that there are some forms of tax avoidance that have become so aggressive that there are moral questions that we have to answer about whether we want to encourage or allow that sort of behaviour," he said.

However, Cameron said he didn't think it was right to legislate on the issue.

"Some would say, 'Just change the law to make aggressive avoidance illegal', but, with respect to my friends in the accountancy profession, it is difficult to do that."

"I think there is a legitimate debate to say very aggressive forms of avoidance are not appropriate."