Nissan To Launch Cheaper Datsun In India To Push Sales 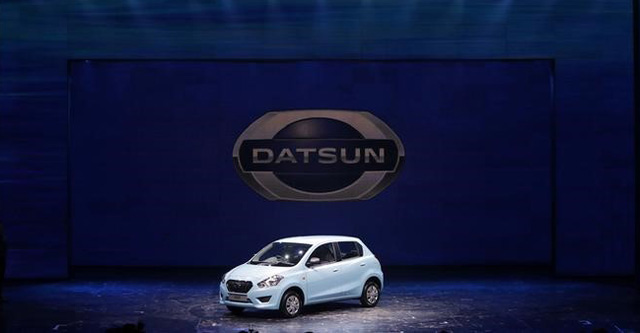 The unnamed small car will be launched within 18 months and be priced lower than Nissan's current cheapest model, the Datsun GO, which is sold for as little as 324,000 rupees ($5,193), Guillame Sicard, president for Nissan India, said.

"It is a smaller car than the Datsun GO and will be more competitive," he said, without committing to a price. "It will be a cost-effective positioning."

Nissan showcased a concept compact car, Datsun Redi-GO, at the auto show in Delhi in 2014 and the new car is likely to be based on that, say analysts, who also expect the price to be significantly lower at below $4,000 for the no-frills, basic model.

India's ultra-low-cost car sector is dominated by market leader Maruti Suzuki <MRTI.NS> which sells more than 30,000 such cars a month on average.

The Datsun car is based on a new platform produced jointly with Nissan's global alliance partner, French automaker Renault SA <RENA.PA>. It has been designed and engineered in India, a first for the companies, to meet the needs of local buyers.

Nissan expects to keep costs low by ensuring the platform and car are built using lighter materials and fewer components, also making it more fuel-efficient, said Sicard, adding there would be no compromise on quality and safety.

The resurrected Datsun brand was launched in India last year to boost Nissan's sales, especially in the low-cost segment. Nissan, which has about a 2 percent share in the Indian market, has sold 62,200 cars since April 1, 2014, with Datsun making up more than a third.

"There is a threshold of 5 percent (market share) that we need to achieve. I would like to achieve it by 2020 or even before," Sicard said.

Sales so far have fallen short of analyst expectations.

"There is a huge market of first-time buyers in that segment but to succeed Nissan needs to have high penetration and brand recall in rural areas, where a lot of this demand is," said Deepesh Rathore, director at Delhi-based consultancy Emerging Markets Automotive Advisors.
Tags assigned to this article:
news 4 nissan automobiles datsun datsun go