Nissan Datsun To Be Priced Below Rs 4 Lakh In India 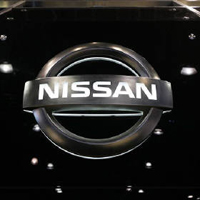 08 November, 2014
Print this article Font size -16+
Japanese auto maker Nissan on 3 October' 2012 said it will price below Rs 4 lakh the small car that it plans to launch under the Datsun brand in India by 2014.
The company had last month said two products from the Datsun brand would be launched in India, Indonesia and Russia by FY14 and another one would follow in three years after these have been launched.
"Specifically, in India, our core offer will be priced below (Rs) 4 Lakh. For Indonesia, less than $10,000. For Russia, the core offer will be below 400,000 Rubles," a Nissan India spokesperson said.
In order to achieve the goal of launching low-cost small cars, the Franco-Japanese auto alliance Renault-Nissan had decided to end sourcing collaboration with Bajaj Auto BSE -1.56 % and chose to look for options in countries such as China and Russia.
"We have decided against further collaboration with Bajaj on a four-wheeler vehicle. Outside India, the Renault-Nissan Alliance is addressing "price-entry" segments in many emerging economies, such as Indonesia, China and Russia," a spokesperson of Nissan Motor had said.
In China, two vehicles under the Venucia Brand (D40 and D50) have already been launched by the Dong Feng-Nissan Joint Venture.
In Russia, collaboration between Renault-Nissan and AvtoVAZ is already making progress on vehicles to be launched under the Datsun Brand, the spokesperson had said without elaborating details of the Datsun product that would be launched in India.
In all, Nissan plans to launch 10 new models, including the Datsun brand, in India by 2016.
Last month, Nissan Motor Co Corporate Vice-President ( Africa, Middle East and India) Toru Hasegawa had said the company has identified India as one of the key emerging markets in the automaker's bid to garner 8 per cent global market share by FY16.
The company is targetting to have 60 per cent of its total global sales to come from emerging markets by FY'16 as compared to just 40 per cent in FY07.