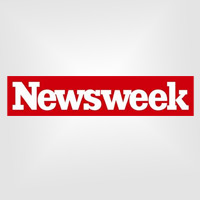 08 November, 2014
Print this article Font size -16+
Newsweek, the venerable US weekly magazine covering current events, will publish its final print edition on Dec. 31 and move to an all-digital format early next year, two top executives said on 18 October' 2012.
The all-digital publication will be called Newsweek Global and will be a single, worldwide edition, according to a post on the Daily Beast website.
It will be subscription-based and available on e-readers for both tablet and the Internet, with some content available on the Daily Beast website, Tina Brown, editor in chief of Newsweek Daily Beast Co, and Baba Shetty, chief executive officer, said in their post.
"We are transitioning Newsweek, not saying goodbye to it," Brown and Shetty wrote in the post. The decision to stop printing the 80-year-old magazine is "about the challenging economics of print publishing and distribution."
The transition will entail job cuts, but the post did not say how many.
Newsweek, which was merged with Brown's Daily Beast site in 2010, has been able to build a growing audience, in part because of the popularity of devices like Amazon.com Inc's Kindle, Apple Inc's iPad and Barnes & Noble Inc's Nook.
That growth has led Newsweek to a "tipping point" where it is most effective to distribute the publication exclusively through digital means, Brown and Shetty said.
Barry Diller, media veteran and CEO of IAC/InteractiveCorp , which has a controlling interest in Newsweek Daily Beast, said in July that he was contemplating making Newsweek available only online because of the cost of "manufacturing" a weekly.