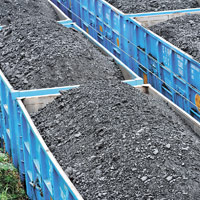 Citing bankability concerns, power producers such as NTPC had strongly opposed CIL’s weak penalty terms. CIL’s concern was to protect its finances since production and supplies were bound to fall short. The mining goliath has also agreed to import coal, if necessary.

Would the new terms damage CIL’s profits? Rupesh Sanke, analyst at Karvy Stock Broking, says there will be no material impact on them.

Assuming CIL supplies 90 per cent of committed quantity to old FSAs and 80 per cent to new ones, it might need to import 18 million tonnes of high grade foreign coal in 2013. In this scenario, CIL’s earnings could take a hit of 0.4 per cent. If it supplies less than 50 per cent, the impact could be 11 per cent. That is unlikely if the company maintains the 6 per cent production growth it achieved this year.