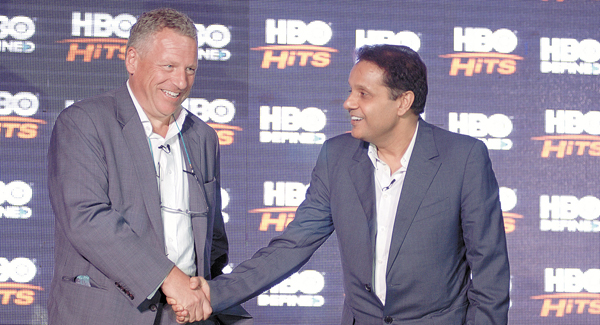 08 November, 2014
Print this article Font size -16+
The media and entertainment (M&E) industry was in a state of lull these past few years due to recession and government lethargy. However, in recent months, with box-office collections shooting up on the back of wider exhibition and better content, the film industry has been on a roll.

Expanding digitisation, too, has emboldened M&E players to begin looking for growth prospects.
Close on the heels of PVR acquiring the multiplex chain Cinemax India for Rs 395 crore, the M&E industry has seen two more quick deals. First, the Network18 Group sold its entire stake in subsidiary Newswire18 to Samara Capital for Rs 90 crore. Days later, movie studio Eros International and HBO Asia joined hands to announce the launch of two premium movie channels, becoming the first to exploit the oppor- tunities offered by the successful rollout of cable TV digitisation in the metros.
HBO and Eros have come together to launch two ad-free channels (which is HBO’s original USP), with movie content from both Hollywood and the Indian movie studio. While ‘HBO Defined’ will show the latest films, ‘HBO Hits’ will showcase the huge libraries available with the two move giants. Prior to the launch announcement, Eros group executive chairman Kishore Lulla told BW, “By 2016, we may have 8-10 movie channels on air.”
The successful start of digitisation of cable TV in the metros has given content producers like Eros the impetus to target premium subscribers who are fed up with 5-hour, ad-ridden movies. “We wanted to be the first movers,” Lulla said. With digitisation expected to reach 176 million homes by 2016, Lulla is hoping 10-20 million homes will subscribe to such premium services. At Rs 100 per subscriber, both HBO and Eros will earn Rs 20 each after paying for distribution and other services — a profit of Rs 400 crore a year for each player.
For Lulla and Eros, this is obviously a game- changer. After the not-so-successful foray into general entertainment TV with B4U, in its re-entry, Eros has limited itself to what it knows best — movies. “With these channels, we hope to ramp up to a Rs 2,000-crore company, double our current revenues,” Lulla said. At Rs 100 per month for the latest movie releases and wide access to classics, it could also mean the death of the already declining home video market.
In the divestment of Newswire18, Network18 will gain Rs 90 crore. Of this, Rs 70 crore is expected to go to the latter’s pre-tax profits. Raghav Bahl’s Network18 Group had acquired Crisil MarketWire in 2006. Ironically, after Mukesh Ambani’s strategic and, perhaps, controlling investment in the Network18 Group, the M&E major has reversed policy and has been shedding its non-core subsidiaries in an attempt to strengthen its mainline news TV business. “This is in line with its stated objective of divesting non-core assets profitably to allow greater focus on its core television and digital businesses,” Network18 said in a statement.
In March, it sold digital ad platform NetworkPlay to a subsidiary of Germany’s Bertelsmann group, while in August, Network18 diluted its holding in Big Tree Entertainment, which runs movie and event ticketing website BookMyShow.