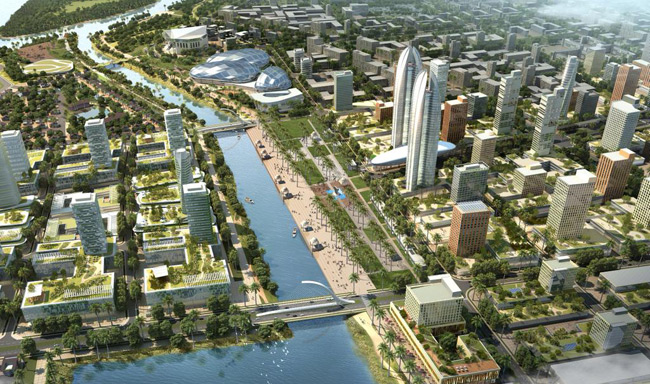 22 July, 2015
Print this article Font size -16+
Andhra Pradesh Chief Minister Chandrababu Naidu wants the first phase of building the state's new capital to be completed by 2019 though several aspects of the huge project, including its funding and execution, are yet to be finalised.
The government of Singapore has presented the master plan for the seed capital area (SCA) of Andhra Pradesh's future capital, Amaravati, to Naidu. The plan reveals for the first time the lay of the land, defining the exact locations of the main structures of the capital, such as the legislative and administrative hubs and the downtown area.
The Andhra Pradesh government's decision to name its capital city as Amaravati has turned the spotlight on the ancient town. Amaravati, which means the town that lives forever, was the seat of power of Satavahana rulers and the name has been chosen in view of its historical, spiritual and mythological significance, said Naidu. 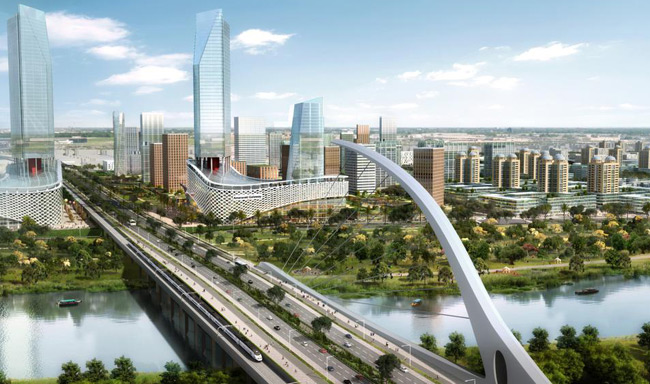 (Photo Courtesy: N Chandrababu Naidu's Twitter Account)
The seed capital spreads over an area of 16.9 sq.km., enveloping three current villages, Lingayapalem, Tallayapalem and Uddandarayapalem. .
The plan for SCA, which would be the seat of administration, envisages various zones, including a central business district, residential townships, institutions, parks, gardens, water bodies, recreational spaces and water front.
Naidu vowed to build a "world-class city", yet a "people's capital" for Andhra Pradesh, which is deprived of the capital of its own post-bifurcation of the state last year.
The "Bhumi Puja" for the capital city has already been performed and Chandrababu Naidu has invited Prime Minister Narendra Modi for the foundation laying ceremony of the city on October 22.
The seed capital would be developed in five phases, the government said.
The core capital will consist of important government buildings such as the Raj Bhavan, secretariat and assembly and financial support for these structures has to come from the Union government as specified in the Andhra Pradesh Reorganisation Act. Till now, the Central government has allocated Rs 1,500 crore. 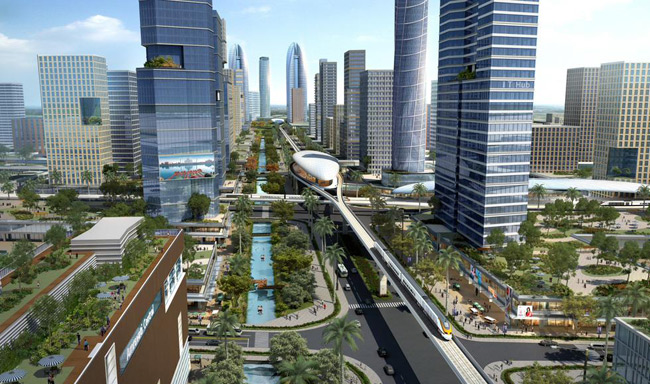 ( Photo Courtesy: N Chandrababu Naidu's Twitter Account)
"In line of being developed as the People's Capital of Andhra Pradesh, our aspiration is to create a vibrant, diverse, inclusive, and modern city which will be a symbol of pride for the people of Andhra Pradesh and India," a statement from the Chief Minister's Office quoted him as saying.
The six key factors taken into consideration for this Master Plan are "providing jobs and homes, world-class infrastructure, quality living, protecting identity and heritage and, resource management and environment," it said.
The Seed Capital Area is planned for about three lakh residents.
Tags assigned to this article:
andhra pradesh Seed Capital Amaravati n chandrababu naidu singapore