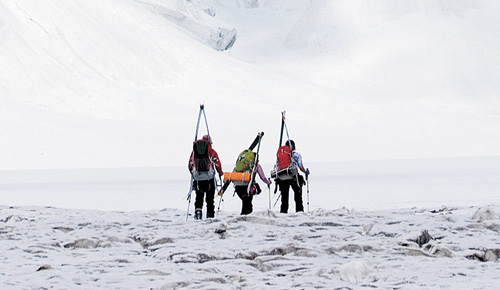 Mount Kilimanjaro: Climbing the highest peak in Africa does not presuppose high mountaineering skills, ice axes, ropes or crampons. All you need is strong legs and a strong will to forfend altitude sickness, though it is mandatory to climb with a licensed guide. According to the Intergovernmental Panel on Climate Change (IPCC), the natural ecosystems on Mount Kilimanjaro are getting modified. In the past century alone, the expanse of the mountain's ice fields decreased by about 80 per cent and if current climatic conditions persist, the remaining ice fields are likely to disappear by 2020. So, if mountaineering amid a thick layer of snow has been on your mind, this trip should necessarily be on the cards. Though Kilimanjaro can be climbed all year round, the non-rainy periods from January to mid March and from July to September are the ideal times to visit.

Caribbean coral reef: If you are a scuba diving enthusiast, make sure you dive in here. The Cayman Islands, Bonaire (the Dutch Caribbean) or Cozumel, the Mexican Caribbean's largest island, are all famous either for currents, fish and turtles or simply because of great visibility. The only concern is the fast disappearing corals and the species that inhabit them. Global warming is playing havoc here and barring a solution, marine life in the reef could be extinct by 2050. Besides, the reef is threatened by increasing sedimentation and land use-related pollution.

Tuvalu islands: Halfway between Hawaii and Australia is a small, uncharted Polynesian island nation called Tuvalu. The fourth smallest country in the world with a population of 9,000 has managed to preserve the beauty of its exotic islands and is perfect for seeking harmony with nature. However, Tuvalu is among the first nations to be affected by sea level rise, and its islands are slowly disappearing into the Pacific Ocean. The island has already launched an international complaint about getting submerged, says The Energy and Resources Institute (Teri). The best time to visit Tuvalu is during its dry seasons — from December to mid-January and from June to mid-September.

The Maldives: With its swaying palm trees and azure lagoons, this honeymoon getaway  is another island on IPCC's list of vulnerable places. A number of islands here may disappear under the sea in the next 50 years if the sea level continues to rise as a result of global warming. So, if you haven't been to this beautiful Asian country yet, waste no time — slap on your sunscreens and pack your beach wear. Plan your trip sometime between December and April, because that is when you can fully relish the charm of the Maldives and get a few extra hours of sunshine.

The Sunderbans: This vast stretch of impenetrable mangrove forests with lush green trees has the country's largest tiger reserve and national park. The only natural habitat of the Royal Bengal Tiger, this southern end of West Bengal is gradually getting wiped out because of rise in the sea level. A good way to tour the Sunderbans is to go on a cruise that covers the entire forests in four days and three nights. The best time to visit is between September and May as there are better chances of sighting a tiger.

Amazon rainforests: Ignore the debate on whether or not the Amazon rainforests are under threat from climate change, and plan a trip to this South American jungle anyway. Also known as ‘Amazonia', it is the largest and most species-rich ecosystem on earth. A good starting point would be the Brazilian national parks, which encompass a vast portion of the 5.5 million sq. km rainforest. Visits to ecological parks, fishing, a dive into fresh water springs, forest treks and canoeing could be included in your trip.

Himalayan glaciers: IPCC's reports about the melting glaciers created an icy storm worldwide, but there is still a raging debate in the scientist community as to whether the glaciers are disappearing due to global warming or are actually bulging. Whichever holds true, we suggest you pack your gear and get moving as the Himalayan glaciers boast some of the the world's most spectacular mountain treks such as the Langtang Circuit and Helambu Trek in Nepal, and Nanda Devi and Roop Kund Trek in the Kumaon and Garhwal regions.