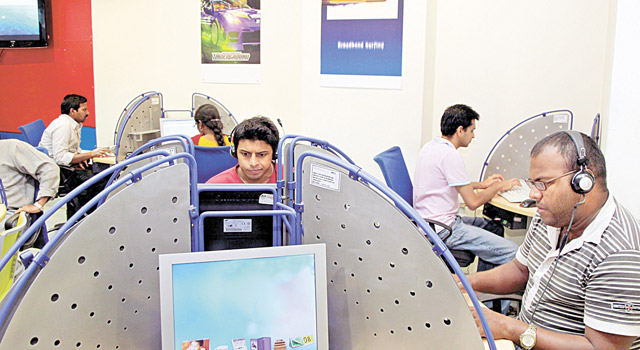 27 April, 2015
Print this article Font size -16+
With internet becoming a mainstream in imperative verticals such as governance, business, social networking, and healthcare and so on, new concerns are shaking the global community. Internet is supposed to be open for all, providing equal opportunities for every entity that approaches this domain. However, since internet is subjected to service providers, which are private entities with strong financial bases, they have the capability to act in a monopolistic way leveraging access to internet in accordance to their whims. Such incidences keep heading out in the community where corporate giants deliberately act to influence the democratic access to internet for commercial gains.

In 2007, Comcast, the second largest ISP in the US, intentionally slowed peer-to peer communication actively interfering with some of its subscribers to share files online. After such instances of data discrimination, legal frameworks were modeled to maintain an equal treatment of traffic in the internet domain.

The principle of "Net Neutrality" emerged to protect the democratic nature of web domain restricting such moves by corporate ISPs similar to that of Comcast. It foster the idea of equal treatment of data on the internet without any discrimination based on price, user, platforms or contents. Governments of countries such as the US and recently, India have taken the issue to next level supporting the principle. Then senator, Barrack Obama, in 2007 strongly supported Net Neutrality ensuring a better internet world. Legal sanctioning of the principle has taken various shapes such as restricting anti competitive blocking of internet services. Recently, on 13 April 2015, FFC, the US Federal Communication Commission published details of its provisions in support of Net Neutrality.

The commission designed the rules to protect free expression and innovation in internet. Also, they promote investments in broadband network sector of the US. FCC laid a legal foundation to protect the principles of Net Neutrality. Both fixed and mobile broadband service providers are subjected to the rule. These will protect the rights of consumers to express freely in the internet and access it without being discriminated. Headed under three hardliners; No Blocking, No Throttling and No Paid Prioritization, the new sets of provisions will ensure an open internet.

In India, the issue of Net Neutrality has escalated to even the parliament. In a backdrop of formation of a digital India, the drive for inclusive internet gained a rapid momentum. TRAI, the Telecom Regulatory Authority of India and the Union Ministry for Communication and Information Technology is reported to have received more than 600,000 emails and online petitions to act against any violation of net neutrality for corporate interest. The recent verdict on Article 66A of IT Act by the Supreme Court of India has put an impetus on democratic usage of Internet and social media. With the same vigor, a new set of activists has emerged in favor of net neutrality. The debate in favor of Net Neutrality is put forwarded in the lines of an emergent digital infrastructure of the country, which is sought to be all-inclusive providing affordable access to internet throughout the nation.

The recent attitude of corporate giants in the internet world such as Google and Facebook is bleak. Google has been maintaining a devious silence over the issue. Facebook, on the other hand have gone a step further rolling out its internet.org initiative. With this, the Social Networking Corporation will offer free internet for apps and services that have collaborated with Facebook and other service providers. In India, it tied up with Reliance Communications bringing in a cause of disagreement with other service providers. This initiative also implicates business interest on its own favor by providing the platform only to companies that have collaborated with Facebook. The initiative moves against the principles of Net Neutrality since it will leverage only those companies that have enough resources and financial backups to partner with Zuckerberg's Facebook. Such deviations will throttle innovations as it would outcast new startups and enterprises that are not joined with the corporate giant. Furthermore, Airtel Zero is another such program that violates the norms of net neutrality.

Any deviation from Net Neutrality could monopolize internet and bring up a capitalistic structure in this domain. Internet service providers and large internet corporations will get hold of financially strong companies sidelining small startups and enterprises. This will bring complicacies in innovations and new ideas, which have potentials to grow. Enterprises will have to invest extra to collaborate with ISPs and large corporations to get them highlighted in the internet domain. While startups with low funds will be either acquired or excluded from the market.

Internet is the new face of the globe. As people have the right to express, internet must be non- discriminating in every facet for good of humanity. Within its ambit, comes business activities and political issues as web sphere have grown into multiple spheres of our lives. Controlling the internet means controlling information. Websites such as Google, Facebook, Wikipedia and similar platforms have grown only because of the democratic nature of internet. Now it is obligatory for large internet corporations, ISPs as well as the Governments to maintain the sanctity of internet.

The author is CEO at Applane Solutions Pvt Ltd
Tags assigned to this article:
it internet technology othertop1 net neutrality