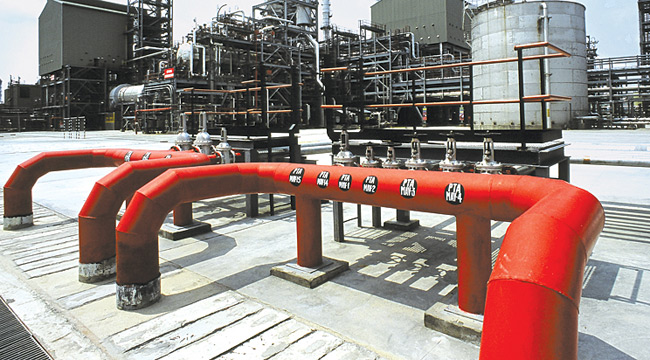 31 March, 2015
Print this article Font size -16+
In the first ever reduction in domestic natural gas prices, the rates will be slashed by 9 per cent to $4.56 per unit from April 1 to reflect the softening in international prices, benefiting users in the power and fertiliser sectors.
The government had in October last year fixed natural gas price at USD 5.05 per million British thermal unit based on weighted average of international hub rates. This was on gross clarofic value (GCV) basis.
"The price of gas on GCV basis from April 1 will be $4.56 per mmBtu," a top source said.
On net clarofic value (NCV) basis, the price would come to $5.01 per mmBtu as compared to $5.61 per mmBtu rate prevalent currently.
"The government does not fix or notify a rate. A formula was notified last year, based on which the price applicable from April 1 would be $4.56 per mmBtu on GCV basis," said the source.
This will be the first reduction in price of natural gas ever in India. While it will impact the revenue producers like Oil and Natural Gas Corp and Reliance Industries, it will be a bonanza for users in the power and fertilizer sector.
As per mechanism approved in October 2014, price of domestically produced natural gas were to be revised every six month using weighted average price at Henry Hub of US, National Balancing Point of UK, rates in Alberta (Canada) and Russia with a lag of one quarter.
So, rate for April 1 to September 30 would be based on average price at the international hubs during January to December 2014.
The Oil Ministry is likely to announce the price for next six months "within next couple of day", said the source.
When contacted, Oil Minister Dharmendra Pradhan refused to indicate the likely price but said, "if we are getting a cheaper price, its good for the economy".