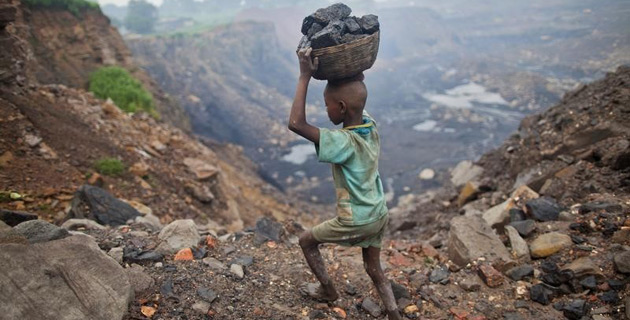 08 November, 2014
Print this article Font size -16+
As electricity demand peaks due to sub-normal monsoon, state-owned NTPC has warned that power plants are running on very low coal stock of less than two days, prompting government to take steps to fix the crisis.

While the nation's largest power producer NTPC stated that six of its plants have critical levels of coal stocks, Central Electricity Authority (CEA) said 46 out of 100 electricity generation stations in the country have fuel stock of less than 7 days.

In Lok Sabha, Power Minister Piyush Goyal said "corrective" action is being taken by the government to improve coal supply, including efforts by Coal India Ltd to raise production beyond current year's targets.

Power utilities have been advised to use imported coal wherever necessary.

Environment ministry nod is being sought to mine more coal and resource-rich states of Odisha and Jharkhand have been asked to help transport coal out quickly.

"We are increasing the (coal) crushing capacity, increasing (the number of) washeries in mining areas. We have also appealed to the Environment Ministry to allow us to mine additional fuel wherever there are possibilities," Goyal later told reporters outside Parliament.

NTPC rang the alarm bells when it on July 14 wrote to the Power Ministry saying six of its plants with a combined capacity of 16,840 MW or 15 per cent of India's total energy capacity from coal-fired plants, have stocks of up to two days and cannot weather even a "small" disruption in supplies.

"With the ensuing monsoon, it will become more difficult to replenish the coal stocks and in case of even a small disruption, the total power generation at these stations will be adversely affected," NTPC Chairman and Managing Director Arup Roy Choudhury wrote in the letter.

Stocks at three of the six plants would last less than one day.

Goyal said the nation faced a peak power demand shortfall of 5,295 MW in April-June. The country has a total electricity generation capacity of 113,280 MW.

He asked members in Lok Sabha to help the Centre mine coal in their respective states with support of locals so that power supply can be improved.

State governments, he said, should ensure that land issues are settled so that railway tracks are laid to transport coal to power stations.

A committee has been set up for rationalisation of coal links to work out "ideal" nearest coalfields for supply of feedstock to the power plants.

He said the government wants to accelerate power generation during the 12th Plan with a proposed target of 88,537 MW from conventional sources sand 30,000 MW from renewable energy sources.

Outside the Parliament, Goyal said the problem of coal supply had aggravated since 2009 and the "crisis was the result of five years of policy flip-flop and the uncertainty has to be resolved".

He said the 'go' and 'no go' policy of the Centre in 2009 led to the fall in production capacity of several old mines while new mines could not be opened.

Thereafter, in 2010, a comprehensive environmental pollution index (CEPI) was introduced which affected seven coal fields and hampered production of an additional 40 million tonnes of coal.

While the government "withdrew" the 'go' 'no go' area in 2012, it replaced it with 'inviolate area' policy because of which the uncertainty in coal mining continued, he said.

"We have to import large quantity of coal and power plants do not have adequate supply," he added.