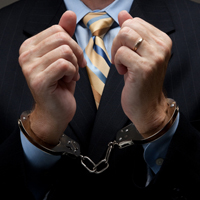 08 November, 2014
Print this article Font size -16+
The Economic Offences Wing (EOW) of Mumbai police, which is probing the Rs 5,600-crore payment crisis at the National Spot Exchange (NSEL), has almost completed raids at various locations across the country and claims to have collected "substantial evidence".

The police teams, which began raiding as many as 193 locations on Monday, including housing premises of NSEL top brass, brokers and defaulters, have completed their processes at 187 places, a senior EOW official told PTI today.

"We have collected crucial and substantial evidence in the case," he said, without giving more details.

"Our raids are underway at the remaining six locations -- two each in Andhra Pradesh and Gujarat, one each in Punjab and Maharashtra. By tonight, we are expected to complete these raids too," the officer said. As many as 28 warehouses that contained commodities have been sealed, he said.

"About 75 voluminous files, 61 hard disks, six laptops, 25 pen drives, two CPUs and an iPad were among evidence collected so far," he added.

Police today also lifted the freeze on an escrow account that was opened for the specific purpose of making payouts to duped investors and brokers.

The spot commodity bourse, promoted by Jignesh Shah-led Financial Technologies (FT), has been facing problems in settling Rs 5,600 crore dues of 148 members/brokers, representing 13,000 investor-clients, after it suspended trade on July 31 on Government's direction.

NSEL has managed to pay only about Rs 150 crore on a weekly basis, out of the total dues of about Rs 5,600 crore.

An FIR was filed on Monday by EOW against Shah, Joseph Massey (MD of MCX, another FTIL-promoted firm), other promoters, directors and defaulters charging them with cheating, forgery, breach of trust and criminal conspiracy, among others.

On Tuesday, 1 October, EOW froze 58 bank accounts, including those of the troubled exchange and the accused, even as CBI started a probe into alleged duping of customers and irregularities at the commodity exchange.