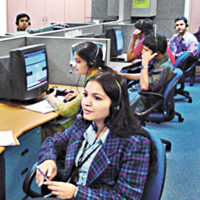 08 November, 2014
Print this article Font size -16+
The National Skill Development Corporation (NSDC) has pledged to skill 3.3 million youth in the current fiscal year. The target is nearly three and half times of what was set and achieved for 2013-14. NSDC has achieved its annual skilling target of 1 million in 2013-14.

“While we are fully focused on delivering the number of skilled people as promised at the start of every year, we are also completely conscious of the quality of the manpower we deliver. We have robust and well defined quality checking processes that ensures that the skilled hands we deliver meet the needs of the industry.  We believe skilling must improve the employability of our youth, create greater employment opportunities and support their entrepreneurial spirit,” said S Ramadorai, Chairman, NSDC, at NSDC’s bi-annual Partners’ Meet on August 5, 2014.

“There is a huge corporate interest. Mood is upbeat. Creation of the standards have connected to productivity and led to a win-win situation between the employers and the trainees. Employers and industries have to recognize skills, and reward skills and applaud skills,” Dilip Chenoy, MD & CEO, NSDC said during an interaction with Businessworld.

There is an increased interest among the corporate sector for looking at skill development as a business strategy going ahead. Last year, NSDC had approved five corporates in a mix of funded and non-funded proposals. This year, it has a target of approving five more. These corporate houses are setting up training institutions to train people for themselves and for the market. In the skill space, over past two and half three years, NSDC has received 139 new partnerships, in the corporate sector and is currently in the process of reviewing another 200 applications, informed Chenoy.