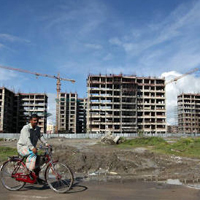 08 November, 2014
Print this article Font size -16+
The NCR Planning Board's decision to include Bhiwani and Mahendragarh, in Haryana, and Bharatpur, in Rajasthan under the National Capital Region (NCR) has received mixed reactions from the industry. While some see this as an essential need for the housing segment within the city, much needed after Sheila Dikshit’s opposition of vertical growth within Delhi, others believe it is a long haul. However, all seem to agree that if the right infrastructure is developed, it could be a push in the right direction.

For Mayank Saksena, Managing Director – Land Services, Jones Lang LaSalle India, this means reducing the pressure on the housing sector within NCR. “With the current property prices, in NCR, you need a minimum of Rs 30-35 lakh to buy a house. In Gurgaon, alone, one would need a minimum of Rs 60 lakh,” says Saksena. There is also the plus point of decongestion within the city which has a population of more than 20 million people.

With the right connectivity, these areas could help decongest Delhi and its satellite cities. “Metros are facing acute problem of traffic jam, hence, the authorities are opting for multi-transportation facilities to reduce the burden on roads. In this backdrop, there is urgent need to connect various areas of NCR through multiple mode of transport, including Regional Rapid Transit System,” says Dr Anil Kumar Sharma, President, CREDAI-NCR.

This move will have multiple implications for the districts of Bhiwani, Mahendragarh and Bharatpur. Following the inclusion under NCR region, they will now have access to lower interest rates, enabling them to access cheaper loans. As mentioned by Lalit Kumar Jain, National Chairman of Confederation of Real Estate Developers’ Associations of India (CREDAI), the inclusion will bring these cities under the comprehensive planning of Jawaharlal Nehru National Urban Renewal Mission (JnNURM). “The funding provided to these regions will see a major thrust to the physical and social infrastructure of these areas. “

Lalit Jain, Chairman of Parsvnath Developers, seems less optimistic about the situation, saying that the areas already included within NCR region, need to be developed before promising development for newly included areas. “There are areas in north-east Delhi which have seen little or no development. The budget of NCR Planning board has not been utilized in these areas.”  So whether inclusion in NCR ensures infrastructural development or not is yet to be seen.

Anshuman Magazine, Chairman of CB Richard Ellis (CBRE), a real estate consultancy, believes that while infrastructure may be provided, it will still take efforts from the local municipality in developing these regions. “While it is a welcome move, since these areas will receive the much needed infrastructural aid from the government, I don’t think we’re looking at any immediate impact. It will take a good 10-15 years to see the impact such a move could have on the housing sector. Look at Gurgaon, it took a good 30-40 years to reach where it is today,” says Magazine.